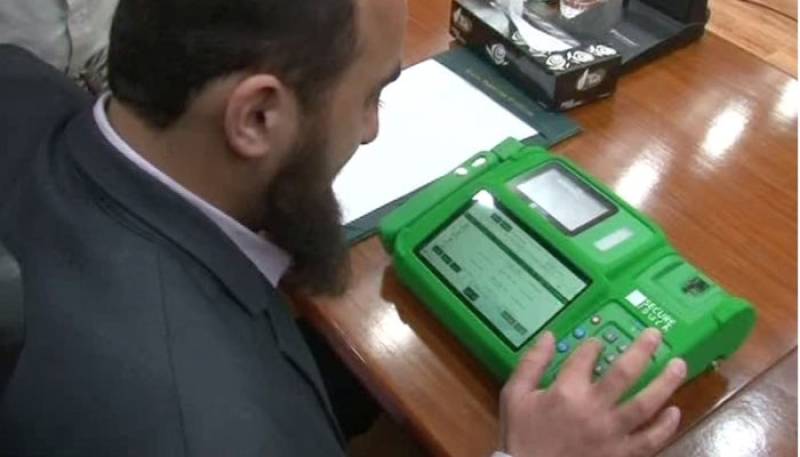 ISLAMABAD - The Secretary Election Commission of Pakistan (ECP) has clarified that electronic voting machines (EVMs) and biometric verification machines will not be used in the 2018 general elections.

Addressing a press conference on Friday, Babar Yaqoob Fateh Muhammad disclosed that fingerprints of 12 percent voters could not be read by the machines during the recently held NA-120 by-elections.

Referring to the non-verification for a single constituency and comparing it to the total voters (around 100 million) across the country, he dismissed the possibility of electronic voting for next general elections.

“If the fingerprints of 12 percent voters are not readable for various reasons that time, it means around 12 million voters would not be verified through the technology,” he said.

Presenting the details of the test run in the NA-120 by-election, he said the ECP used 100 BVMs at 39 polling stations in which a total of 57,265 voters were registered.

"A total of 22,181 voters used BVMs but the machines could verify 19,520 of them through fingerprints and other data," he announced.

The official declared that 2,646 voters that constitute 12pc of total constituents were not verified by the machine.

“These results are not encouraging at all. If this sample ratio is taken, of the 90.7 million voters registered in the country, BVMs would not be able to identify 11.6 million of them,” he remarked.

The ECP secretary said that NA-120 was an urban constituency and if these machines were used in a constituency comprising rural areas, the ratio of those who could not be verified by them would swell.

The Director-General of Information Technology Khizar Aziz dispelled the rumours that the Pakistan Tehreek-i-Insaf (PTI) won from all polling stations where the biometric machines were used.

On the other hand, the National Database and Registration Authority (NADRA) clarified on Friday that it was asked to provide biometric fingerprints of voters of the NA-120 constituency after the ECP had decided to install biometric voting machines in the by-election. Subsequently, out of the total 321,786 voters of this constituency, Nadra could not provide data of 29, 607 voters due to multiple reasons.

"Subsequently, out of the total 321,786 voters of this constituency, Nadra could not provide data of 29, 607 voters due to multiple reasons" it stated.

According to a NADRA official, the authority introduced biometric finger capturing machines in 2005-06 and before that period finger prints were used to be taken on paper-based forms.

“Of 29,607 people whose fingerprints data was not provided, 26,349 acquired CNICs before 2005-06. Moreover, out of 26,349, CNICs of 24,099 people, having paper-based fingerprints, were expired or that number could not renew their CNICs after the expiry of CNIC due to deaths, migration or other reasons best known to them.”

He continued that 2,271 people are in possession of National Identity Card for Overseas Pakistanis who gave their fingerprints on paper.