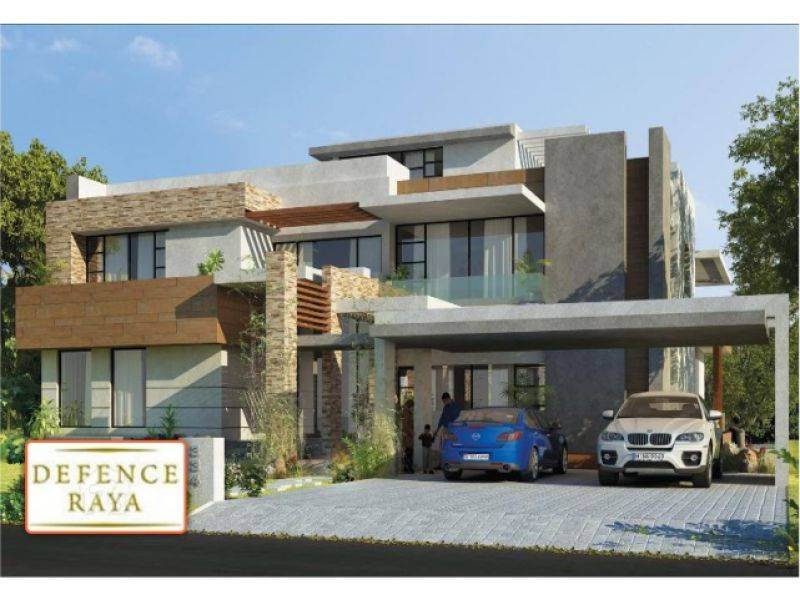 LAHORE (Development Cell) - The Defence Housing Authority (DHA) Lahore has recently put on sale the year's most expensive 1-2 Kanal residential villas and 8-10 Marla commercial plots in phase-VI, under a joint venture with BRDB-MALAYSIA.

The minimum price for one Kanal villas has been fixed at Rs59.2 million while the prices of two Kanal villas in Defence RAYA Golf Resort range from Rs110 million to Rs112 million. Interested buyers can obtain forms from designated branches of Askari Bank from May 9 to 23 along with application fee Rs0.3m for one Kanal and Rs0.4m for two Kanal villas. A fee of Rs5,000 is also required, which is non-refundable.

Meanwhile, the customers have to pay Rs0.5 million for 8-10 Marla commercial plots - Rs10,000 of which is non-refundable. Balloting for successful customers will be held on June 21.

The successful people will have to pay 20% of the total price as down payment in 14 days after balloting, while the remaining amount will be paid in 14 installments till the completion of construction.

Though the project is pretty attractive apparently, the participating companies have a long history of deceiving their customers in different projects.

In a similar project, the DHA Lahore had introduced one and two Kanal villas against Rs25 million and Rs4.5 million respectively, in 2002. However, even after fourteen years, about 20 percent of the customers have not been given possession their houses. Other customers have complained about substandard construction: woodwork has not been completed while kitchens were also left incomplete.

It is pertinent to mention that BRDB-MALAYSIA had announced 10 Marla commercial plots in phase-VI using the name of DHA Lahore. The project failed to attract public attention and was cancelled on the very next day, which badly damaged the repute of DHA Lahore.

Despite all these facts, BRDB-MALAYSIA and DHA Lahore have jointly launched DHA RAYA scheme at more expensive rates as compared to market trends.

When contacted at the UAN 042-111-800-300, the phone number mentioned by developers in their advertisements, and 042-35692741 (Y-Block Office), nobody was available for comments. No one was either available to respond the queries at DHA office.