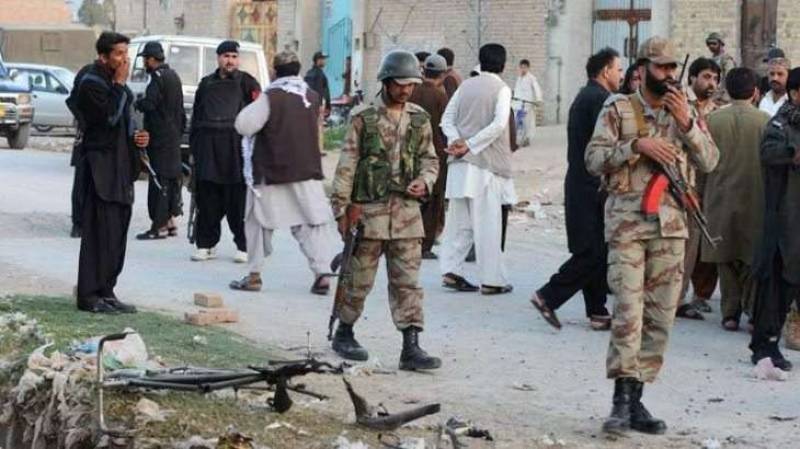 QUETTA - At least five security personnel embraced martyrdom while nearly a dozen injured in a series of suicide and gun attacks in Quetta, police said on Tuesday.

A military statement Tuesday says a suicide bomber targeted a police vehicle on an airport road killing five police and wounding seven others.

Separately, the statement says two suicide bombers walked to the Frontier Corps checkpoint in the Mian Ghundi area and detonated explosive vests minutes apart, when paramilitaries fired on them.

Two suicide bombers were killed by the security forces, according to the Inter Services Public Relations (ISPR).

Security forces have cordoned the area, with rescuers reaching the site of explosions.

No group claimed responsibility but terrorists operating in the region have claimed past such attacks. Baluch separatist groups also have engaged in low-level insurgency in Balochistan, of which Quetta is the capital.