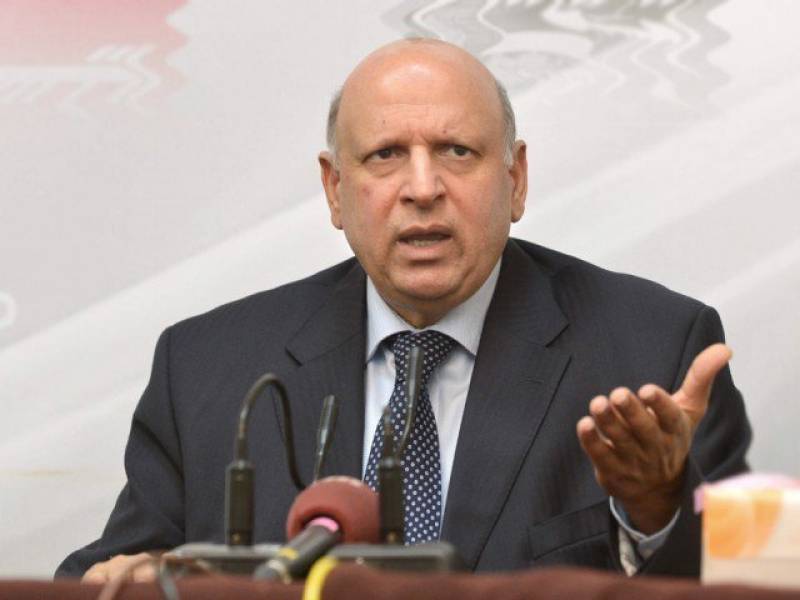 Addressing a press conference at the Governor's House in Lahore, he brushed aside rumours, making rounds in the media, of his resignation as Governor Punjab, adding it was merely drawing room gossip.

Ch Sarwar, however, regretted that Pakistan Tehreek-e-Insaf would have enjoyed a two-thirds majority in Punjab, had some decisions being taken in line with his consent.

PM @ImranKhanPTI has set stringent benchmarks of transparency, merit & accountability for all of us. As the Governor of Punjab & to prevent any conflict of interest, I have decided to resign as the chairperson for Sarwar Foundation! pic.twitter.com/BT9YhaL27Z

The Punjab governor, however, announced to disassociate himself as Chairman from the Sarwar Foundation, a non-governmental organization (NGO) run by Ch Sarwar and his wife Parveen Sarwar, in the wake of public criticism.

"I will not take part in any fund-raising campaigns of the NGO as long as I am Governor of the province, my wife will look after affairs", he added.

Ch Sarwar announced that the funds collected by his foundation from his recent foreign visits as Governor Punjab would be transferred to the Punjab Aab-e-Pak Authority for installation of water filtration plants in the province.

It is my passion to provide clean drinking water to the public, Ch Sarwar added.