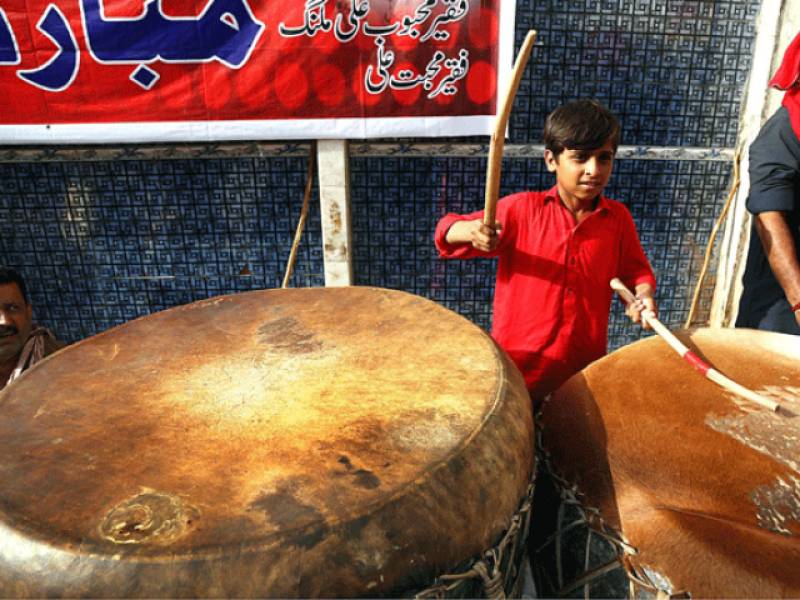 Talking to media persons, the Governor said Sindh is the land of Sufis who preached the message of love, peace and affection.

He said that offering Fateha at Hazrat Lal Shahbaz's mausoleum was his old desire which came true today.

The Governor visited different sections of the mausoleum and distributed clothes among poor and deserving women.

Meanwhile, tens of thousands of devotees have arrived at Sehwan to pay homage to Hazrat Lal Shahbaz Qalandar amidst scorching heat. The district administration has made sufficient arrangements to facilitate them.

Around 2.5 million devotees have so far arrived in the town and their arrival from every nook and corner of the country was remained continued.

With the arrival of devotees, the business activities in Sehwan have been geared up which would continue till next three to four days. The district administration has adopted strict security measures to ensure law and order during urs celebrations. Besides, other departments including health, Auqaf and local municipal committee have also started implementing their contingency plans to facilitate the devotees.

Almost all hotels and rest houses have been booked while the district administration has also set up a tent city for devotees. The traditional makeshift bazaar having ready-made clothes, food items, fresh and dry fruits, tea shops and juice corners also became functional in Sehwan town.

The Deputy Commissioner Jamshoro Captain (Retd) Fareeduddin Mustafa who was also the Chairman Shahbaz Mela Committee has informed that the administration has set up 62 emergency response centres with over 200 cold drinking water supply camps to facilitate the devotees.

The health facilities camps and heat stroke centres have also been set up in different points of the town to provide protection to devotees from heat stroke and sizzling weather, he added.

He informed that adequate security arrangements have also been made with installation of 500 CCTV cameras and walk through gates inside and outside the mausoleum as well as public places to maintain law and order. The situation was also being monitored through drone cameras, he added.

Director Syed Abdullah Shah Institute of Health and Sciences Sehwan, Dr Moinuddin Siddiqui said a separate emergency control cell has been established and divided into three parts to deal with any untoward situation.

Medical officers, doctors and paramedical staff will perform round the clock duty during the Urs celebrations, he informed.