Pakistan is no longer ‘darling’ of West, Qureshi briefs on Foreign Policy 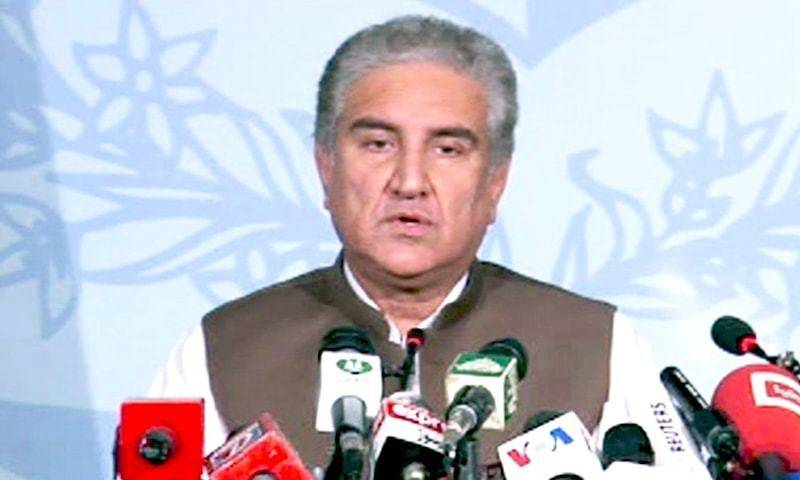 ISLAMABAD - Foreign Minister Shah Mehmood Qureshi expressed that world has changed in political dynamics and Pakistan was no longer 'darling' of the West.

Briefing the media after PM Imran Khan's visit to the Foreign Office, Qureshi said, “Peace and stability in the region is vital for us.”

He said Pakistan will be represented effectively in the world, adding that all the state institutions of Pakistan are on the same page.

“We do not want Pakistan's name on the Black List,” asserted Shah Mehmood Qureshi.

Commenting on US State Department's readout on the phone call between PM Imran Khan and Secretary of State Michael Pompeo, Qureshi said it was 'contrary to fact'.

ISLAMABAD - Prime Minister Imran Khan on Friday issued guidelines to the officials at the Ministry of Foreign Affairs ...

He said Chinese foreign minister will visit Pakistan on the 8th or 9th of September.

The Foreign Minister said Pakistan received a letter from Indian FO, adding that Prime Minister Imran Khan has clearly indicated that if India takes one step forward we will reciprocate by two.

Qureshi said that as per the directives issued by the Prime Minister on the austerity drive, he has decided to not stay in the 5-star hotels during foreign official trips.

"I will try to stay in our embassies wherever possible. The foreign minister has the legal authority to travel first class but I will not do this and will prefer business class travel. We will try to avoid big delegations have limited entourage," he said.

The foreign minister said that in view of curtailing unnecessary travel abroad, no minister or secretary will be allowed to travel abroad without the permission of the prime minister.

Earlier, Prime Minister Imran Khan said that Pakistan doesn’t want a confrontation with any country and that there would be no compromise on national interests.

WASHINGTON - As the diplomatic row is underway between Pakistan and the US with the two countries disagreeing about ...

The prime minister visited Foreign Office today where got his first briefing on challenges and opportunities available to the country as the new government fully takes charge.

He directed the Pakistani missions abroad to improve their performance and play more constructive role.

Sharing his vision, the PM said the PTI government wanted better ties with the neighbouring countries. Regarding India, Khan said resolution of chronic issues is a must for regional progress.