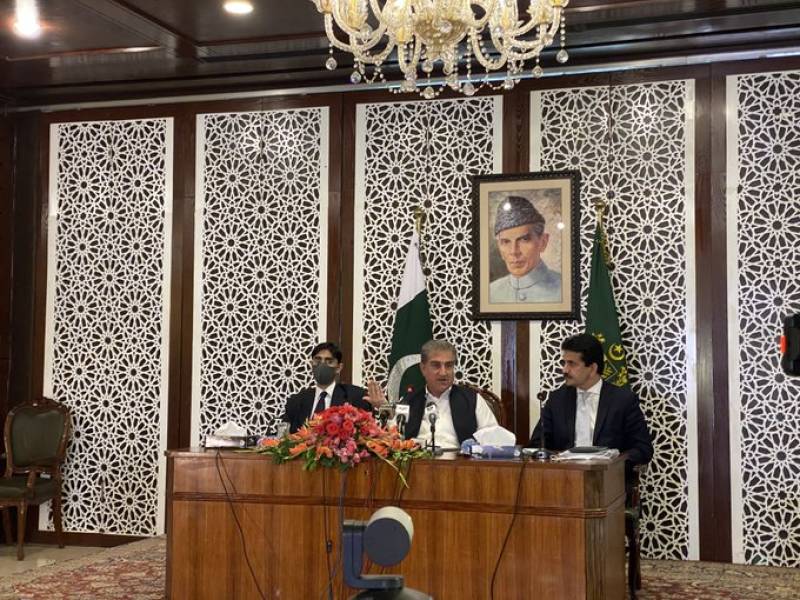 ISLAMABAD – Foreign Minister Shah Mahmood Qureshi has said that Kashmiris' struggle for right to self determination has taken a new turn with a political resistance movement gaining strength in Indian illegally occupied Jammu and Kashmir.

Addressing a news conference in Islamabad on Monday, Qureshi pointed out that six political parties of Indian illegally occupied Jammu and Kashmir have rejected the Indian  steps of 5th August  last year. He said these political parties have forged an alliance, vowing to wage a joint struggle to revive the old status of the territory.

He said this is not an ordinary occurence but an important development as the joint statement issued by the political parties hold the signatures of Farooq Abdullah and  enjoys support of the Congress party which is the main opposition party in India.

He said it is a clear message to Modi government that the Kashmiris have stood up against the illegal steps of 5th August.

The FM said India undertook the illegal steps to change the demography of the disputed territory and disempower the local population.  He, however, said the Indian brutal acts of the last one year including military siege and communication blackout have not shaken the resolve of the Kashmiri people. Responding to a question, the Foreign Minister said there is no change in the stance of Saudi Arabia on Kashmir.  He said both Pakistan and Saudi Arabia are discussing different proposals. He said the OIC has several times passed unambiguous resolutions in support of oppressed Kashmiri people.

China also has been holding a clear stance on Kashmir issue that the dispute should be resolved under the UN resolutions, he added.