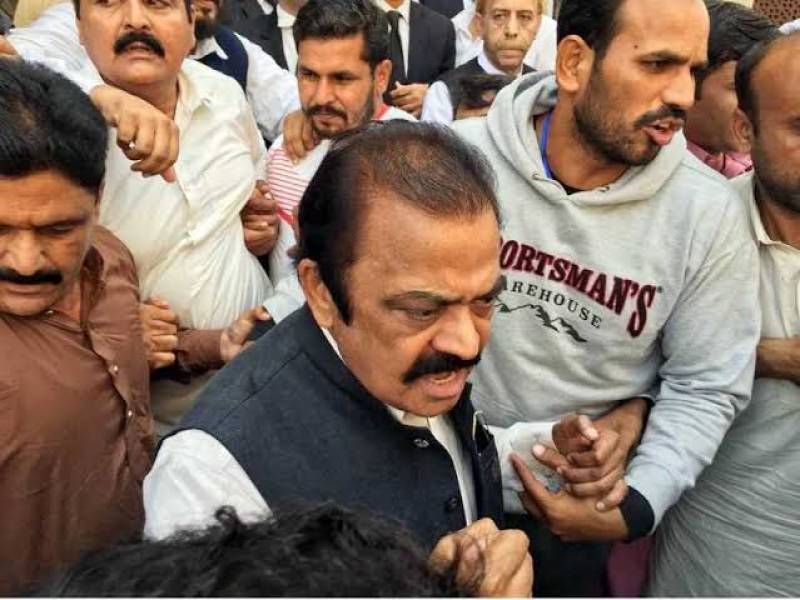 LAHORE - The Lahore High Court is scheduled to announce the verdict on bail petition of former Punjab law minister Rana Sanaullah in the drug smuggling case at 2:00 pm today (Tuesday).

The LHC judge heard the arguments of both parties and reserved the judgment.

Earlier in his bail plea, Rana Sanaullah had adopted a stance that he was arrested in a false case of drugs smuggling as he used to criticize the government.

He stated that he was booked for smuggling of 21 KG heroin in the FIR, while later the weight of the captured narcotics was declared 15 kilograms.

On December 21, Anti-Narcotics Court Judge Shakir Hussain extended the judicial remand of the PML-N leader till January 4 and issued notices to the investigation officer seeking a reply on the application of Rana Sanaullah for provision of a video of the ministers.

On July 1, the ANF arrested Sanaullah after the discovery of a large stash of drugs from his vehicle near the Sukheke area in Punjab while he was travelling with his guards from Faisalabad to Lahore and filed a case in accordance with the Control of Narcotics Substances Act, 1997.