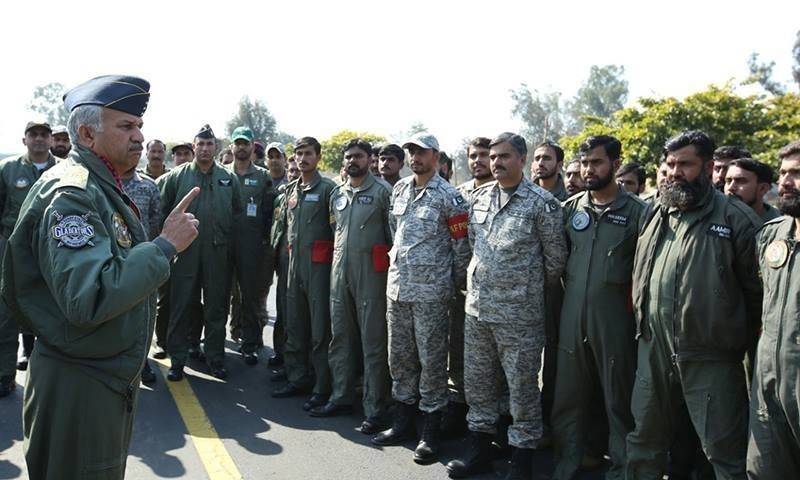 ISLAMABAD - Chief of the Air Staff Air Chief Marshal Mujahid Anwar Khan Sunday said the Pakistan Air Force would thwart any misadventure by the enemy and was ready to respond with full force as per the aspirations of the nation.

"We are a peace-loving nation but if the war is imposed on us, we would defend the aerial frontiers of our motherland at any cost. PAF alongside other defense forces are ever ready to take on all kinds of challenges with operational preparedness and immaculate synergy," he said while interacting with the combat crew during his visit to the forward operating air bases, according to a press release issued by the PAF's Directorate of Media Affairs.

The Air Chief showed satisfaction over the operational preparedness of bases and also lauded the high morale of the combat crew.

At least 40 Indian paramilitary soldiers were killed in Pulwama on February 14 when a suicide bomber drove an explosive-laden car into their convoy.

According to media reports, Jaish-e-Muhammad claimed responsibility for the attack but New Delhi immediately blamed Islamabad and threatened a retaliatory attack.

India also scrapped the Most Favoured Nation status granted to Pakistan and imposed a 200 per cent customs duty on its goods.