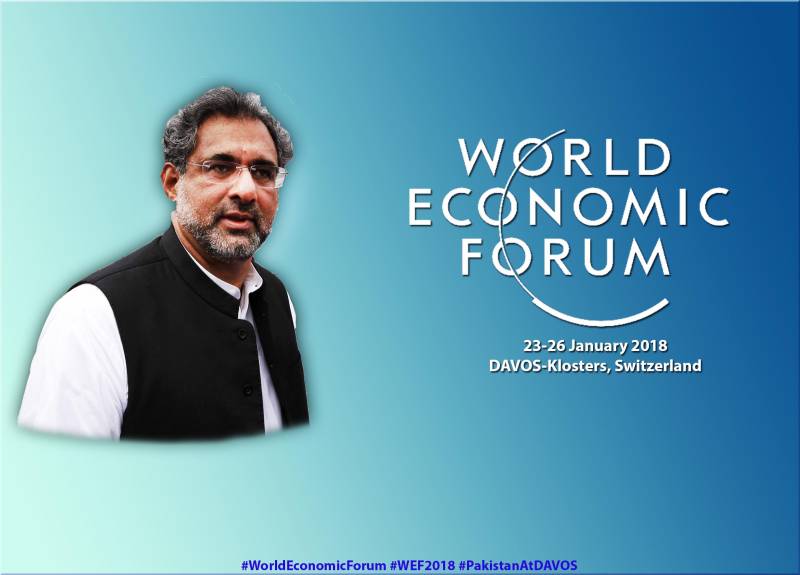 He expressed his views while speaking at a session titled 'The Belt and Road Impact' at the World Economic Forum (WEF) in Davos, Switzerland.

The prime minister explained that Pakistan’s exports marked 15 percent growth, while cement industry up by 56% with the launching of multi-billion dollars project, which also revived the confidence of foreign investors to the great extent.

He went on that CPEC is about developing infrastructure, power plants, airports, seaports, highways and special economic zones for export growth.

Commenting on recently built coal-based power plants in Pakistan under CPEC, he said that the plants will not pose threat to the environment as old oil-based plants are being replaced.

"CPEC is much more than just creating infrastructure on the ground," he added.

PM Abbasi on Tuesday reached Davos to represent Pakistan in the Annual Meeting of the WEF in Switzerland.

According to the Foreign Office, the Prime Minister will participate in a number of important events and hold bilateral meetings with world leaders and Chairpersons and CEOs of fifteen leading multinational organizations from the US, Europe, China and Japan.

He will interact with Heads of States and Governments in a Special Session of the Informal Group of World Economic Leaders.