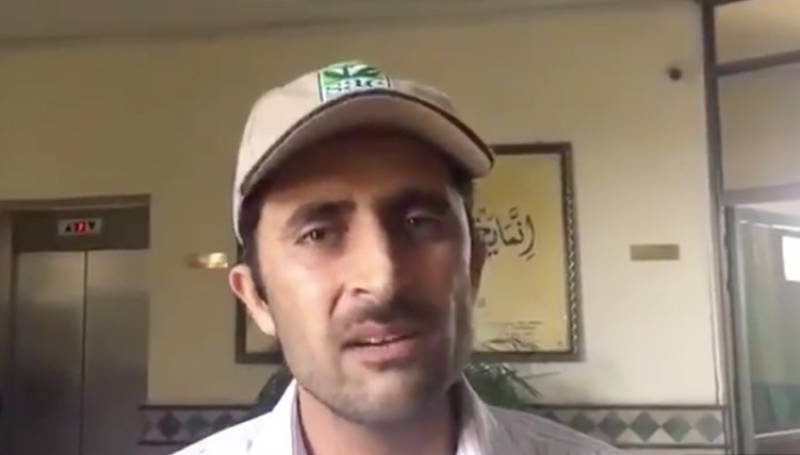 RAWALPINDI - An inquiry report has backed the claims against Prof Saadat Bashir, a teacher accused of harassing over 80 female students at an Islamabad’s Bahria College.

Sadat Bashir, a teacher at Islamabad Model College for Boys in H-9 sector of Islamabad , was accused of harassing over 80 girls by touching them inappropriately, groping them and threatening to deduct their marks during biology practical at the prestigious institution.

The Federal Directorate of Colleges has submitted an inquiry report to the Capital Administration and Development Division that states that Bashir was guilty of harassing students.

A charge sheet will be submitted in a week.

ISLAMABAD - More than a dozen college students have accused an examiner, appointed by Federal Board of Intermediate and ...

The two-member committee found in its report that the accusations against the professor were true and stated that the students had provided evidence of his harassment.

According to the report, Bashir used to ask students for their phone numbers to establish ‘friendships’ with them. It also stated that he used to barter higher grades in exams for phone numbers.

Apart from the criminal proceedings against him, Bashir stands to lose his job and all the benefits granted to him as a professor.

ISLAMABAD - The Capital Administration and Development Division (CADD) has suspended a college teacher who was accused ...

One of the victims, Saba Ali was the first girl who took to the social media to share her ordeal in May this year.

The student of HSC Part 2, who had gone to Bahria College for her Biology practical, wrote on Facebook: “I am still completely shook that we had to go through this. Approximately 80 girls were sexually harassed that day and our teacher told us to keep quite because she didn't want us to lose marks!

“Sadat Bashir scarred us for life and there's nothing we can do about it.”

A shocking number of 3,445 children were sexually abused in Pakistan in 2017, according to NGO Sahil’s annual report.

The report says 2,077 girls and 1,368 boys have been survivors of sexual exploitation; nine children were abused daily.