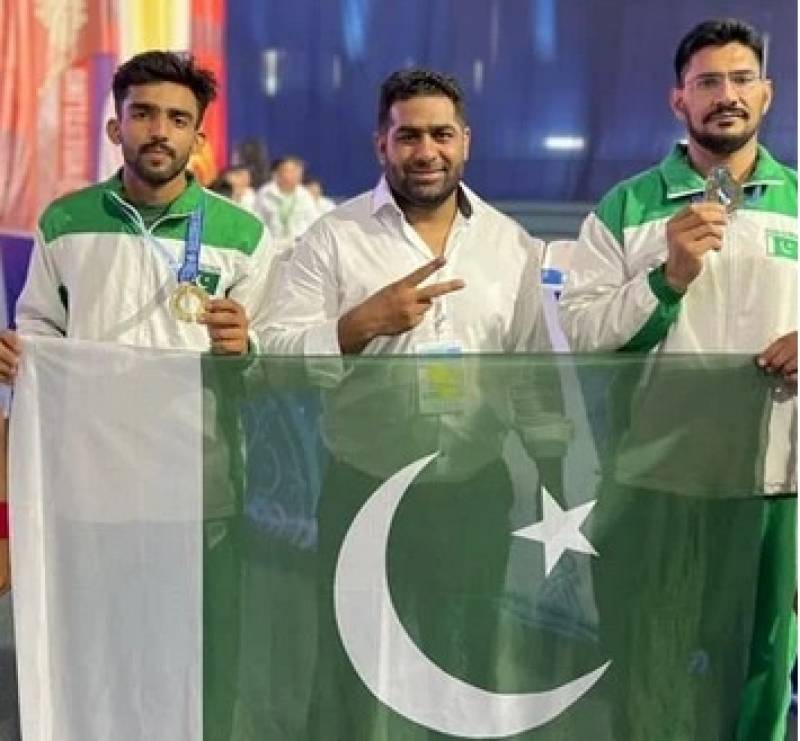 MOSCOW – Two Pakistani athletes have made the nation proud after winning silver medals in the fourth Mas-Wrestling World Championship being held at Yakut, Russia.

Bhatti had also defeated Indian athlete Sheikh Abdul Ahad Yunus in the qualifying round. He has booked his place in final round of the 125kg category.

Meanwhile, Saad outclassed wrestlers from Turkmenistan and Kazakhstan in initial rounds before defeating the Serbian opponent in the semi-final round. He bagged silver as he could not carry his winning spree in the final round.

Athletes from 45 countries are taking part in the championship that began yesterday.

A contingent of 11 wrestlers, include one female athlete, is representing Pakistan in the championship.