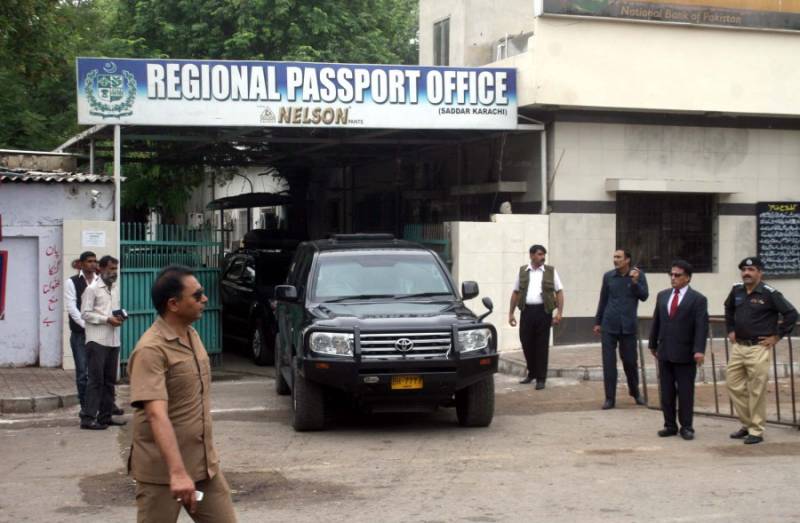 KARACHI (Online) - Two employees have been apprehended during a raid by Federal Investigation Agency (FIA) in Passport office, Karachi.

An FIA official said that the raid was conducted on Tuesday morning in the district passport office in Karachi.

State Director Nusrat Jaffery along with another employee were arrested on the charges of issuing passports to foreigners, according to the official.