Must arrest, charge Hafiz Saeed for his crimes: US warns Pakistan 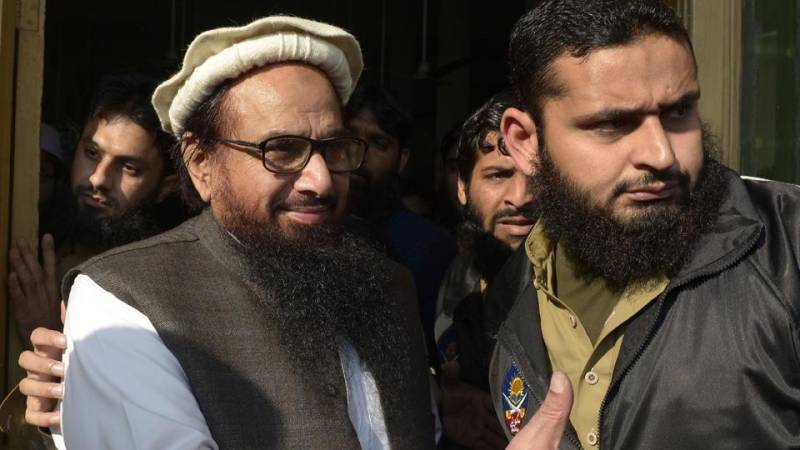 WASHINGTON - The US on Friday asked Pakistan to arrest Hafiz Saeed and charge him for his crimes, hours after the Lashkar-e-Taiba founder’s release from house arrest.

In a strong reaction to his release, the US state department said it was “deeply concerned that Lashkar-e-Taiba leader Hafiz Saeed has been released from house arrest”. The LeT, it said, is a “designated Foreign Terrorist Organisation responsible for the death of hundreds of innocent civilians in terrorist attacks, including a number of American citizens.”

“The Pakistani government should make sure that he is arrested and charged for his crimes,” state department spokesperson Heather Nauert said.

The decision by a judicial review board, comprising judges of the Lahore High Court, to free Saeed has been strongly criticised by the US and India, which called it an attempt by Pakistan to mainstream outlawed terrorists and a reflection of its lack of seriousness in prosecuting terrorists.

Saeed, who has a $10 million US bounty on his head over the Mumbai attacks that killed 166 people, spoke against India and raked up the Kashmir issue several times since his release after midnight on Thursday.

“I was detained for 10 months only to stop my voice for Kashmir,” Saeed told supporters gathered outside his home. “I will gather the people from across the country for the cause of Kashmir and we will try to help Kashmiris get their destination of freedom.”

Speaking at Friday prayers, he said Nawaz Sharif deserved to be removed from the post of premier for his peace overtures with Prime Minister Narendra Modi.

“Nawaz Sharif asks why he was ousted? I tell him he was ousted because he committed treason against Pakistan by developing friendship with Modi…,” he said. He blamed India for his detention, saying “Pakistan’s rulers detained me on the aspiration of Modi because of their friendship with him”.

Saeed was welcomed by hundreds of supporters at the Friday prayers, and JuD spokesman Nadeem Awan told the media that all restrictions on him had been lifted by the Punjab government. Saeed had been detained at his home in Lahore’s Johar Town vicinity, which was declared a sub-jail.

This is the third time Saeed has been freed by the courts after authorities detained him. He was held twice in the aftermath of the Mumbai attacks. In January, the Punjab government had placed Saeed under house arrest as their activities were harming “peace and security.”

Saeed’s release comes at a time when Pakistan is facing more scrutiny and mounting impatience. President Donald Trump has said the US will not look away from countries granting terrorists safe haven and secretary of state Rex Tillerson recently gave Islamabad a list of “asks” the US wants it to deliver on.

The US and the UN say the JuD is a front for the LeT, which has been blamed for a string of high-profile attacks in India. Saeed has long campaigned for militants in the Jammu and Kashmir.

While Saeed was under house arrest, the JuD charity launched a political party, the Milli Muslim League (MML), which won thousands of votes in by-elections in Punjab.