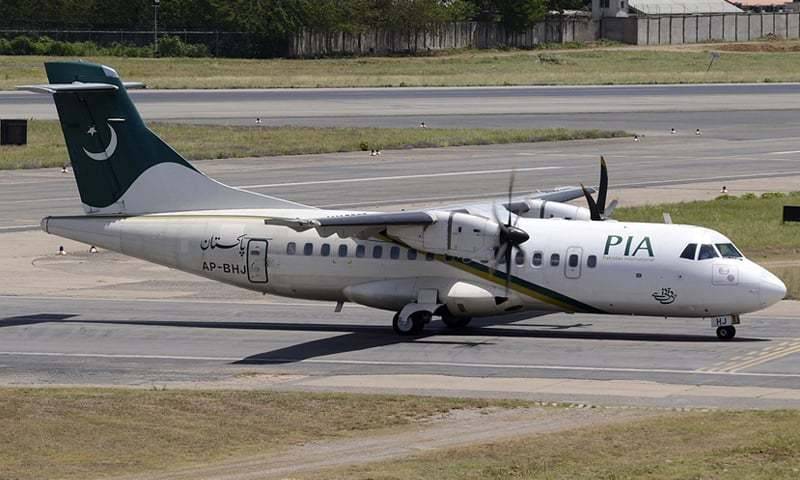 KARACHI - A passenger plane of Pakistan International Airlines (PIA) was severely damaged after it collided with a parked aircraft, owned by Shaheen Airlines, at the Jinnah International Airport, Karachi, on Saturday.

Local media reports claimed that there were passengers inside the ATR aircraft and the incident happened when it was taxiing at the hanger of the Karachi airport. Fortunately, all staff and passenger remained safe in the mishap.

The PIA jet’s fuel tank and engine were damaged in the accident, the reports added.

Following the collision, an emergency was declared at the airport as the oil started spilling out of the tank. The firefighters surrounded the aircraft to deal with any severe situation.

However, a probe has been launched into the matter.

On Nov 10, an ATR aircraft of PIA escaped disaster as it veered off the runway during landing. PIA's PK-517 embarked from Karachi to Panjgur (a district in West Balochistan), however, during the landing, the plane skid off the runway into an open field affecting the tires of the plane.

QUETTA - An ATR aircraft of Pakistan International Airlines (PIA) escaped disaster as it veered off the runway during ...

Fortunately, the passengers remained safe during the landing. The national flag carrier has ordered an inquiry into the incident which happened a day after a C-130 plane of the Pakistan Air Force caught fire as it made an emergency landing at Nur Khan Base.

The fire of the aircraft was extinguished and all the crew members on board remained safe. The plane was on a routine training.