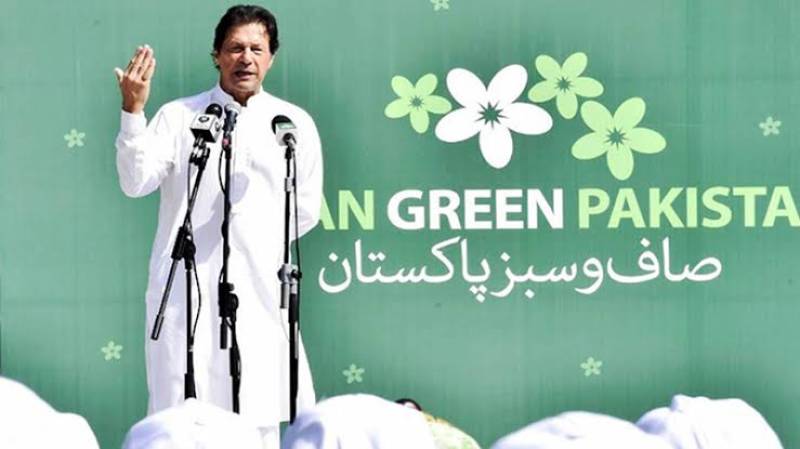 ISLAMABAD – Prime Minister Imran Khan is to launch the country's first ever barometer that would measure green character and cleanliness of Pakistani cities, a flagship environmental conservation and protection plan of the present government, Malik Amin Aslam, the premier's adviser on climate change announced on Sunday.

Top key political and non-political representatives of provincial governments including Gilgit-Baltistan and Azad Jammu and Kashmir, Federal and provincial ministers, senior federal and provincial government officials, ambassadors of various countries, teachers, students and senior representatives of local and international non-governmental organisations would attend the grand ceremony of the CGPI launch in Islamabad on Monday, said a press release.

At the grand launching ceremony, the prime minister would also announce the start of the first phase of six-month competition among 19 cities of Punjab and Khyber-Pakhtunkhwa provinces, Malik Amin Aslam explained.

He said the country's socio-economic, health and environmental damages to the tune of around Rs 700 billion annually because of environmental degradation, deforestation, poor access to clean and safe drinking water and sanitation and lack of solid waste management and wastewater treatment facilities.

"Tackling these challenges by initiating competition among Pakistani cities, which are witnessing the growing exodus from rural areas, to improve green and clean outlooks is the pivotal objective of the CGPI rolled out in consultation with relevant government and non-governmental and international stakeholders," he told media.

The prime minister's advisor Amin Aslam emphasised that the CGPI has been rolled out by the ministry under the Prime Minister Imran Khan's political manifesto of clean and green Pakistan and environmental conservation and sustainability.

He told media that the present government was ventured upon transforming overall outlooks of the countries cities, which were in bad shape for lack of green characters and adequate basic life sustaining facilities.

"However, making cities sustainable and livable is inevitable, because cities are now gradually emerging to be key economic engines of the country," he stressed.

It was because, cities were now providing economies of scale and they were also providing efficient infrastructure and services through density and concentration in sustainable transportation, communications, power, human interactions, water and sanitation services and effective waste management and enhanced urban forestry activities, he argued.

Meanwhile, explaining the other core objectives of the CGPI, Climate Change Ministry Secretary Hassan Nasir Jami said, the CGPI initiative also aims to set off a sustainable competition process among 19 cities of Punjab and Khyber-Pakhtunkhwa cities in the first phase and in the second phase the competition process would be expanded to other provinces of the country for making cities there clean and green and environmentally sustainable through massive urban afforestation programmes and sustained supply of basic life amenities such as clean drinking water, safe sanitation, efficient municipal and solid waste management service deliveries," Jami elaborated.

"The CGPI, hammered out by the climate change ministry, will primarily weigh up clean and green characters of the cities on different 27 indicators under these five pillars. Besides, this index will be used as measuring-rod as performance indicator for making annual budgetary allocations to the provinces from the national kitty," the climate change secretary told media further.

Talking about data gathering for the 27 indicators of the Clean and Green Pakistan Index, the Acting Inspector General of Forests at the Climate Change Ministry, Muhammad Suleman Khan Warraich, explained that the data for the index would be gathered at households and neighbourhood scales through surveys to be conducted by local government departments.

He also told media that the data pertaining to the service delivery in water, sanitation, hygiene, solid waste management and plantation categories would be obtained after every three months from the respective city councils and administration working in each district of the provincial cities. Once the data has been evaluated by the climate change ministry, the results for the performance of the cities on these five pillars (water, sanitation, hygiene, solid waste management and plantation) would be announced twice a year, the climate change secretary said while explained the data collection process for the CGPI, Suleman Khan Warraich added.

He hoped that the clean green Pakistan Index would be used as a yardstick for improving role of cities in transforming overall living standards of its inhabitants through improved environmental services with better and sustained provision of safe drinking water, sanitation, hygiene. sustainable waste management facilities and enhanced urban forest cover.