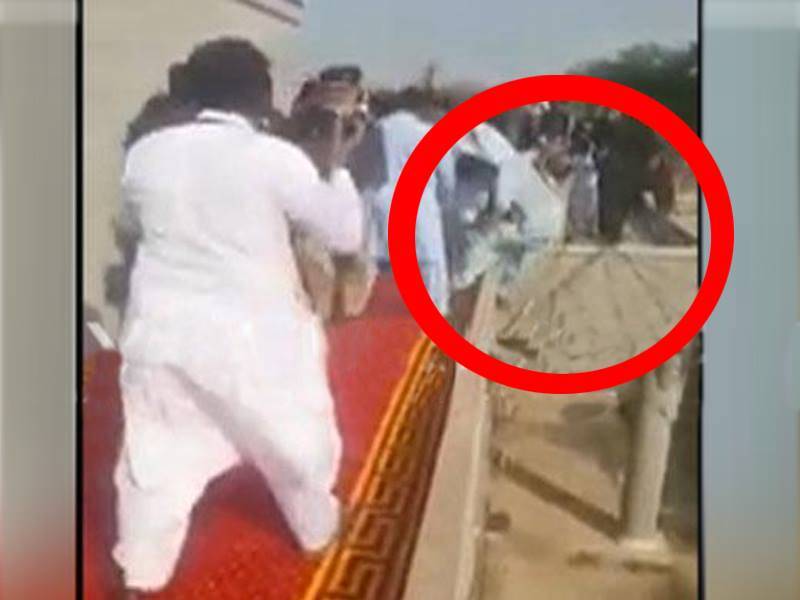 According to a video emerged on TV channels and social media shows a man wore white shalwar Kameez stumbling down the stage to the floor in the absence of any safety railings during a Pakistan Tehreek-e-Insaf rally.

The incident took place when a crowd of people escorting PTI chief Imran Khan and one of them fell off the edge.

"He received severe back injuries and fainted", eyewitness said.

The identification of the injured person has not been ascertained.

In 2013 PTI chief Imran Khan fell off a 15-foot-high stage during a rally in Lahore receiving serious injuries.