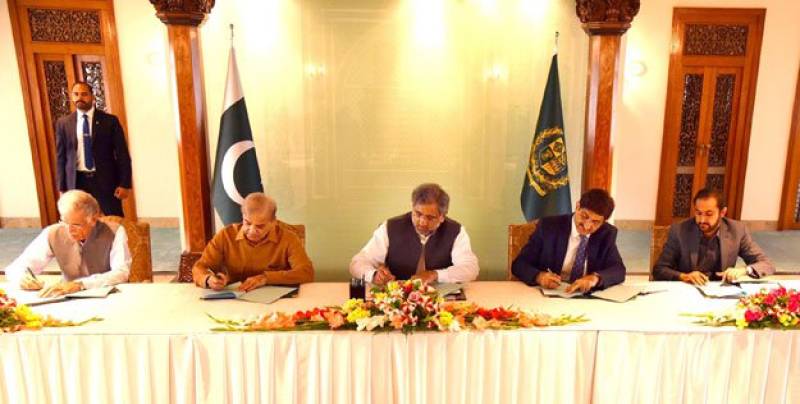 Besides pledging to take steps to control the water crisis, the federation and provinces also signed a charter to announce a water emergency in the country.

Sartaj Aziz, the deputy chairman of Planning Commission of Pakistan, briefed the participants of the meeting about the draft of the policy that includes increasing the development budget for water resources from 3.7 percent to 20% by 2030.

As per the policy, the price evaluation of water will be made at the delivery point while water will be supplied free of cost for environmental and ecological needs.

Aziz highlighting the salient features of the NWP said that the policy includes water uses and allocation of priorities, integrated planning for development and use of water resources, environmental integrity of the basin, impact of climate change, trans-boundary water sharing, irrigated and rain-fed agriculture, drinking water and sanitation, hydropower and groundwater among other water key pointers.

A groundwater authority will be set up in each province to ensure transparency and sustainability, while technology will be brought in use to monitor the system at all diversion points from rivers.

The KP government, in the meeting, presented a brief on the implementation of Kazi Committee Methodology (KCM) for calculation of Net Hydel Profits (NHP).

After brainstorming over the brief, the CCI sent the matter to Ministry of Inter-Provincial Coordination, Planning Commission and Ministry of Water Resources to reconcile the claims in consultation with the provinces and resubmit the issue for decision in the next CCI meeting.

Later, the prime minister and four chief ministers signed the policy which had been facing multiple hurdles since 2005 and postponed for different reasons.