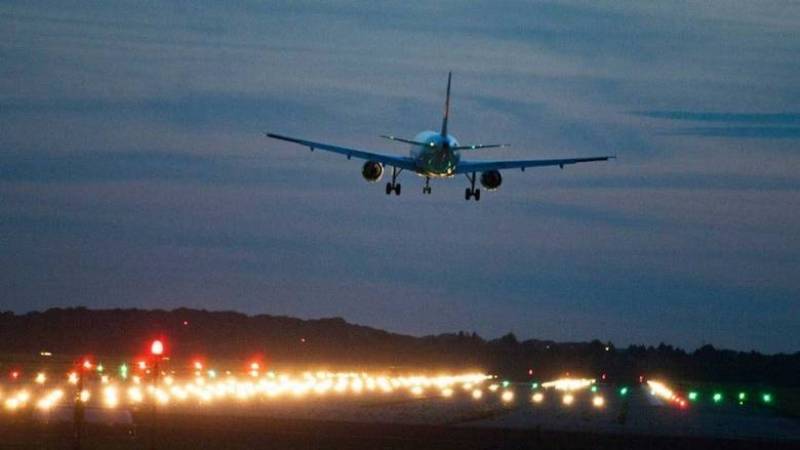 A UK Government statement issued Saturday said that these will include the first UK chartered flight from Karachi, which will depart on April 30, in addition to further departures from Islamabad and Lahore.

The Foreign and Commonwealth (FCO) statement said that almost 5,000 British travellers in Pakistan are to be brought home to the UK following the announcement today of a further nine Government-chartered flights.

It added that around 2,500 people have already booked on to the ten Government charter flights that are taking place between April 21- 27.

“This second phase of flights announced today (Friday) will carry more than 2,250 travellers.

The new flights are as follows:

May 1: Lahore to London, Islamabad to Manchester

May 4: Islamabad to London and on

The FCO statement said that there has been a huge demand for these flights, with seats for Lahore and Islamabad now being allocated to those already registered via the Government’s online booking website – CTM.

The portal is now open for those who would like to book on the Karachi flight.

Anyone who would like to return to the UK from Karachi should register their interest on the portal as future flights will be based on wait-lists.

According to FCO statement, UK Foreign Secretary, Dominic Raab said:”With commercial flights back from Pakistan scaled back at the moment, we have chartered a further nine more flights to help get stranded British travellers home”.

He said that this will help thousands of British nationals get back home to their loved ones.

Meanwhile FCO Minister of State for South Asia and the Commonwealth, Lord (Tariq) Ahmad of Wimbledon, said: ”Thousands more British nationals in Pakistan will now be able to fly home following the announcement of these nine extra flights, which include our first from Karachi. They will join more than 10,500 people who will have already flown home from Pakistan on commercial options and more than 2,500 on charter flights.”

"I am grateful for the cooperation of the Pakistani authorities, the patience of the British people we are working to help, and the hard work of those making it happen," he said .

British High Commissioner to Pakistan, Christian Turner, said, “More than 10,500 people have returned home by commercial routes since airspace in Pakistan closed, and by Monday we expect that a further 2,500 British Nationals will have flown back to the UK on our first 10 charter flights.”

“We know there is more to do, and I’m pleased that there will be a further nine chartered flights next week; eight from Islamabad and Lahore; and one from Karachi to London Heathrow,” he said.

He added that “As we start the holy month of Ramazan, a time for people to reunite with their families and a time for reflection, I am glad that travellers will be able to make it home and be with their loved ones at this special time.”