Altaf Hussain will be responsible if i am assassinated: Amir Liaquat Hussain 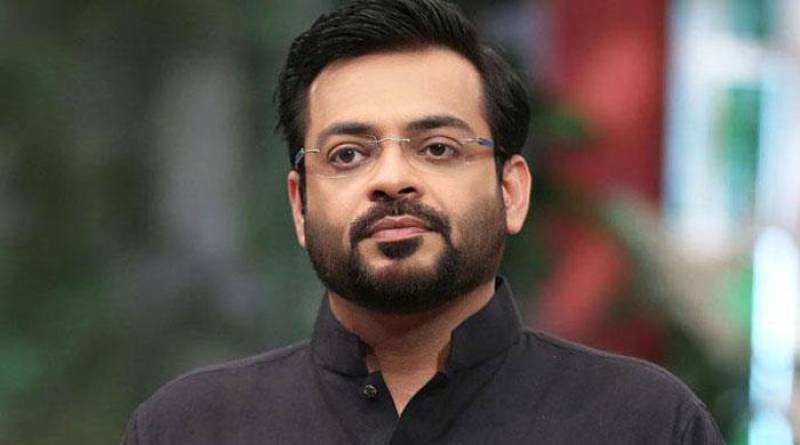 KARACHI: Famous television figure Dr Amir Liaquat Hussain claims he is getting death threats, and that MQM founder Altaf Hussain would be responsible if he is killed.

"I am being told I am a bigger traitor than even Mustafa Kamal," he said.

He said he was getting the death threats from unknown numbers.

When asked, he said MQM London and Altaf Hussain would be responsible if any harm comes to him.

Speaking to private channel, Aamir said that if he got killed, Altaf Hussain would be responsible.

He questioned MQM’s recent announcement of disowning party chief’s statements and maintained that the party should not have only dissociated itself from the anti-Pakistan statement but also the person.

“MQM should have distanced itself from Altaf Hussain after his anti-Pakistan speech,” he said.

He questioned as to how MQM can keep supporting the person who urged them to raise anti-pakistan slogans and to burn Pakistani flags.

To a question, Aamir Liaquat said that his only wish is to get buried in Pakistan flag.

The former MQM leader's statement comes days after controversial anti-Pakistan speech by Altaf Hussain led to violent protests in Karachi and MQM workers and supporters storming the offices of television channels in Karachi.

Law enforcers launched a crackdown on MQM following the speech, sealing its offices and detaining several of its workers and leaders, including Amir Liaquat Hussain.

The television personality resigned from the MQM shortly after he was released from Rangers custody.