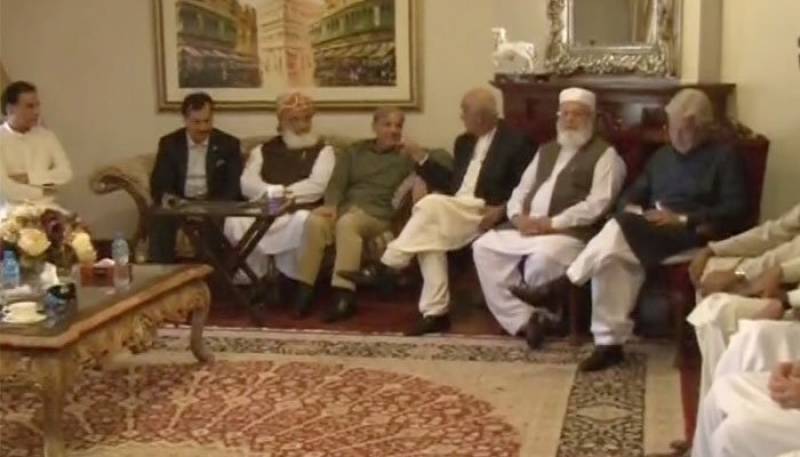 ISLAMABAD - A meeting of the opposition parties came to the conclusion on Saturday that a joint candidate for the slot of president would be field against Pakistan Tehreek-e-Insaf's nominee, Arif Alvi.

The multi-party conference was called by the major opposition party, PML-N, after a PPP delegation visited the former to evolve consensus over the name of Ahsan as the candidate for the presidential office.

Addressing the media after the meeting, former interior minister Ahsan Iqbal expressed that the name of the candidate would be announced on Sunday.

He detailed that the leadership of PPP had sought time, till tonight, for consultations on the matter.

Iqbal said that the opposition parties have supported the right of voting to overseas Pakistanis, however, hastened to add that the Election Commission of Pakistan (ECP) was in haste to introduce the system of voting.

'The online system is prone to hacking,' added the politician.

The former security czar expressed that the members from the opposition were receiving threatening phone calls.

As per the schedule issued by the Election Commission of Pakistan (ECP), the presidential elections will be held on Sept 4.

After meeting between PPP, PML-N bigwig Ahsan Iqbal quoted former's leader Farhatullah Babar as saying that Ahsan's name for presidential race was not final. He feared that divided opposition would give an edge to PTI for installing its nominee Dr Arif Alvi as president.