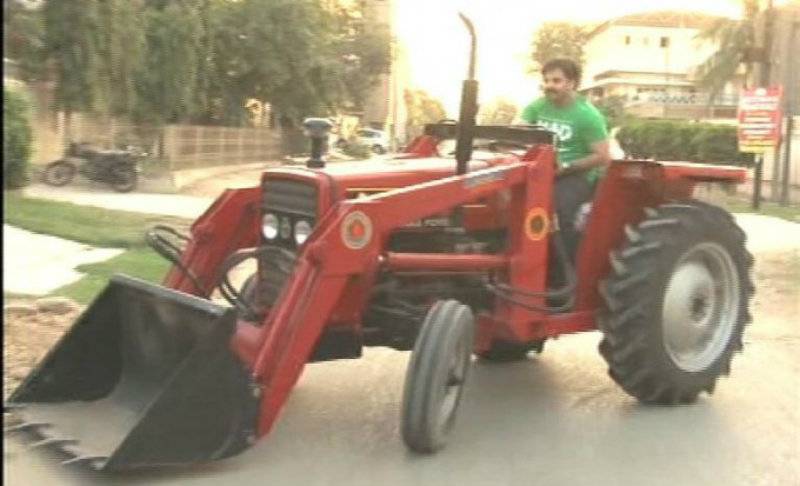 As per details, a Karachi-based activist who gained media attention through his social media campaign ‘FixIt’ drove a tractor loaded with waste to dump the garbage outside Sindh CM House. However, police foiled his attempt by arresting the campaigner.

According to police officials, no First Information Report (FIR) has been registered against Alamgir Khan. However, he has been detained for littering, they said.

Alamgir made headlines when he launched ‘Fix It’ campaign to cover unsealed manholes in the provincial capital.