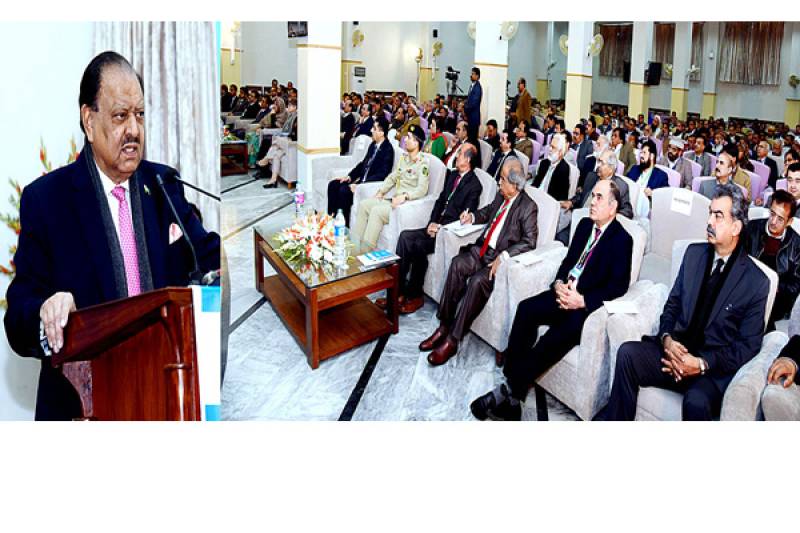 Addressing the National conference on examination system here at the Allama Iqbal Open University, the President said a strong educational foundation could help the students effectively deal with

the challenges of life.

The President said Matric and Intermediate are important stages in a student’s life and can make or break his or her future.

He pointed that prevailing examination system in the country was based on testing the children’s capability by their memory instead of judging them by their knowledge and skills.

He observed the current education and examination system were disseminating information only rather than encouraging the students find new avenues of knowledge by using research methods.

He called for in-depth analysis of the current examination system and stressed the need to point out its weaknesses and bring forward proposals for its improvement.

The President emphasised on addressing the issues faced by students every year during examinations, particularly complaints about post-result alterations, sub-standard checking and missing of roll number slips.

He said avoiding resolution of such issues could create despondency in students, the negative effects of which does not restrict to education and examination system only, but also leaves impact on

President Mamnoon termed the educational experts dealing with the sensitive matters of examinations and results as equally important as doctors and soldiers.

He called for making continuous improvement in examination system by learning from the experiences of modern world and to make it more practical.

The President said the objective of education is to groom the new generation in a way so as to prepare them serve the country and nation.

'Those nations were successful that kept national objectives foremost in the upbringing of their children' he added.

He regretted that the current syllabus lacked giving knowledge to students about national and global history, geography and values.

The President said earlier governments wasted precious time of the nation by paying no heed to development projects particularly related to energy, education and health.

He said the country’s internal and external debt amounted to Rs 6,700 in 2008 which climbed upto Rs 14,800 billion at the time present government assumed office.