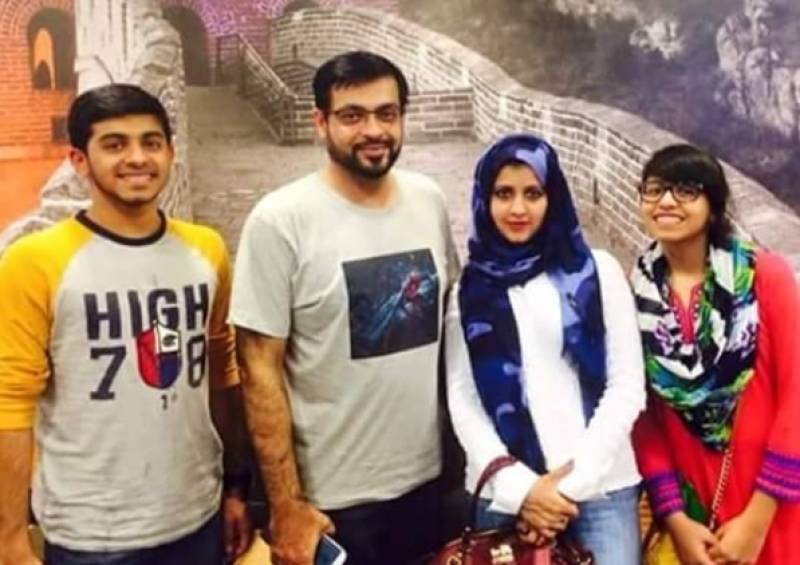 Duaa Aamir, a daughter of the politician-cum-anchorperson, took to Twitter on Sunday, a day after the scandal surfaced, saying "Mama is in emergency, she is not well".

The only daughter of the Aamir Liaquat and Bushra also asked the people for prayers for the speedy recovery of her mother. However, she did not share the details about what kind of health issues her mother is facing.

Mama is in emergency, she is not well. Please pray for her.

As she shared the story on Twitter seeking prayers, several social media users prayed for her mother's speedy recovery.

Syeda Bushra Aamir is an Advocate high court, ex-producer at Geo TV and a Phd student. The couple has two kids, a son named Ahmed Aamir, and daughter Dua Aamir. 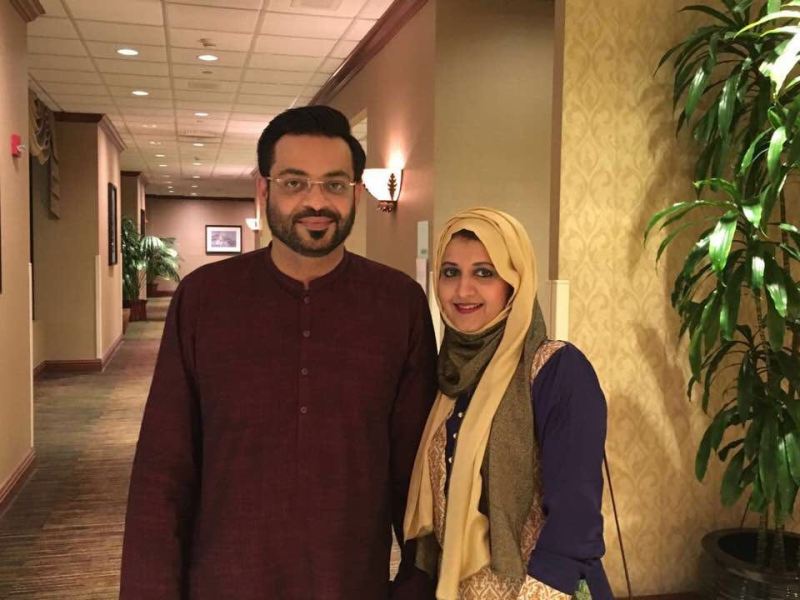 Dr. Aamir, however, did not share any information about his wife Bushra's health on his Twitter handle.

KARACHI: Pakistani celebrities have been concealing 'spicy' aspects of their personalities, however, the elections ...

But, the anchorperson on June 24 apparently remarked about the reports of his suspected marriage with Syeda Tuba Anwar, an employee of Bol TV Network, where Dr Aamir is currently working.

The outspoken leader uploaded a 'defiant' message saying, he will not lose, tagging Syeda Tauba Anwar as well.

Reports surfaced on Friday claimed that renowned televangelist and Pakistan Tehreek-e-Insaf's candidate for NA-245 has allegedly tied the knot with Tuba.

According to a report by Dunya News, the Bol TV anchor tied the knot with Syeda Tuba Anwar a few months ago, however, he has not mentioned his second wife in the affidavit submitted along with the nomination papers.

Aamir Liaquat, who has been in the news for all the wrong reasons over a period of time, has denied his second marriage in a press conference.