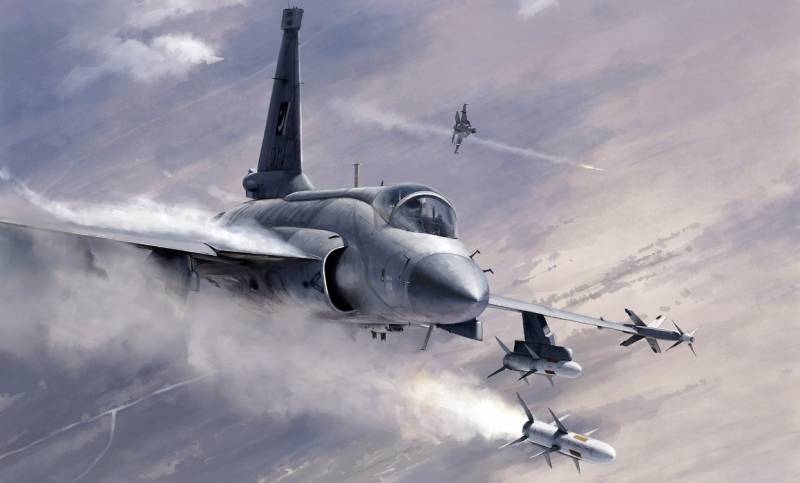 Earlier in March, Indian media reported that the United States was looking into a possible violation of the terms of use of F-16 it supplied to Pakistan , as New Delhi claimed that the aircraft was used in the dogfight against Indian planes in late February.

"The aircraft which engaged those targets and fought them were JF-17. As regard to how to use F-16, in what context [they] were used or not - because at that point of time our entire Air Force was airborne - now it remains between Pakistan and the US to see how the MoUs regarding the use of F-16 have been adhered to or otherwise," Ghafoor told Russia's Sputnik.

He noted that Islamabad was discussing the use of its JF-17 with the United States citing "friendly relations" with Washington, stressing, however, that the country would use whatever it deemed necessary if it came to "legitimate self-defense."

The official also shared Pakistan 's account of the events that preceded the dogfight on February 28. According to Ghafoor, the Indian jets violated the Pakistani airspace on February 26, dropping payloads without inflicting any casualties or damage to infrastructure.

Pakistan then, according to his words, decided to retaliate, but chose not to threaten civilian lives.

"Next day, our Air Force, while staying within our own airspace, took four targets in India-occupied Kashmir ... Being a responsible country, we could have caused damage even to the military installations or human life ... But we had to show our will, capability and resolve. So what we did - we first chose the targets, and when the targets were locked by the aircraft, we shifted the point of impact to a safety distance where there was no infrastructure or human life, meaning thereby that we wanted to tell Indians that we had the capability to hit that military target, but in the entrust of the peace of the region we are only showing you our capability," Ghafoor said.

He added that Pakistan had the footage of this operation.

Tensions between India and Pakistan escalated last month, after the Pakistani military shot down two Indian warplanes in the disputed region of Kashmir, responding to an earlier airstrike by Indian jets against what New Delhi said was a camp of Jaish-e-Mohammad group, considered terrorists by India and located on the Pakistani soil across the so-called Line of Control, separating India- and Pakistan- controlled areas of Kashmir.

The Indian airstrike came after a deadly attack by Jaish-e-Mohammad on the Indian paramilitary police force in Kashmir in mid-February. While India has accused Pakistan of supporting the militants and having a "direct hand" in the incident, Pakistan , in turn, has rejected the allegations.