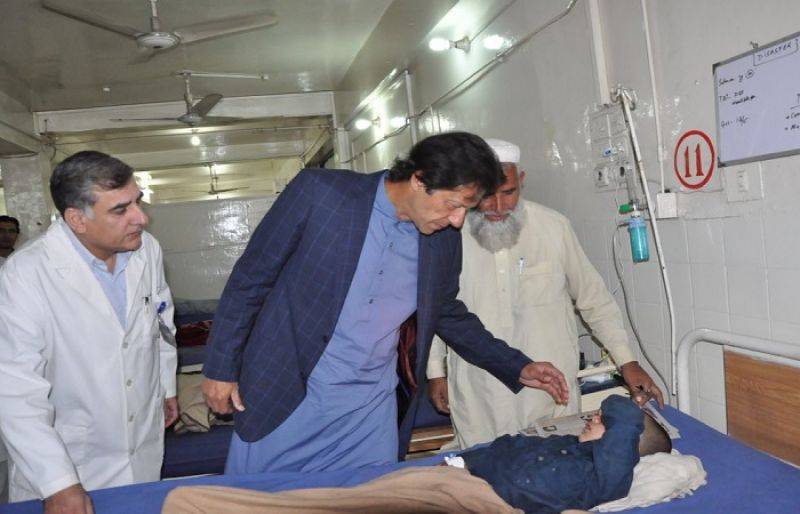 SARGODHA - Prime Minister Imran Khan visited a couple of state-owned hospitals on Saturday, inquiring about the facilities being provided to the patients.

The premier paid a surprise visit to DHQ Sargodha and inspected different wards of the health facility. He also interacted with the ailing patients and inquired about the facilities being provided and whether they were up to the standards or not. On the occasion, doctors and nurses apprised the premier about the number of beds in contrast to the patients.

The prime minister later arrived at DHQ Khushab and inspected different sections of the health facility. In both the surprise visits, the premier was informed about the paucity of beds as compared to the patients.

Reportedly, PM Khan was not escorted by security motorcade during his visits which were kept secret; Special Assistant to Prime Minister for National Health Dr Zafar Mirza and Principal Secretary Azam Khan also accompanied Imran Khan during the visits.