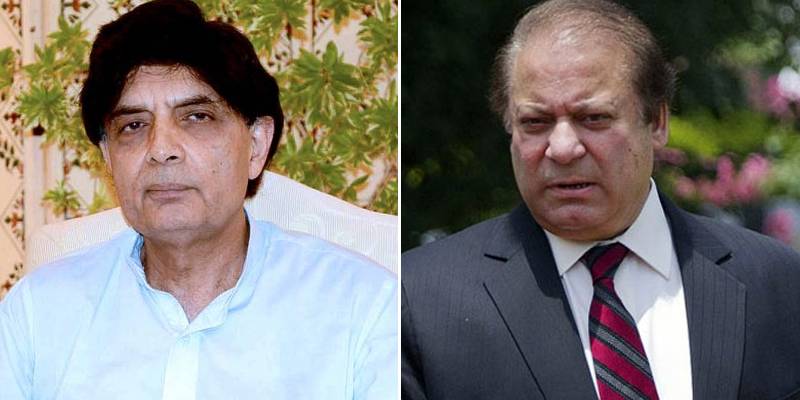 Nisar Ali, who is criticising his own party leaders since the verdict announced in the Panama case, reached Punjab House to meet the former premier, who returned to Pakistan after a stay in London.

According to media, the former minister inquired about the health of Begum Kulsoom Nawaz, who recently underwent a third surgery following a diagnosis of cancer.

The accountability court has summoned Nawaz Sharif and his children and son-in-law to the court in the references filed by the National Accountability Bureau (NAB).

The relations between Nisar and Nawaz are not normal as the PML-N head neglected him while holding several high-level meetings for consultation.

The former Interior Minister had refused to be part of the cabinet under incumbent Prime Minister Shahid Khaqan Abbasi, but also lashed out at him in September for not condemning the US drone attack in Khyber Agency.

Highlighting the failure on diplomatic end in the National Assembly, he said that India is succeeding in its efforts as it is evident through recent BRICS resolution.

“Our diplomats were sleeping, when such a resolution was passed on the soil of our all-weather friend country, China,” he said.