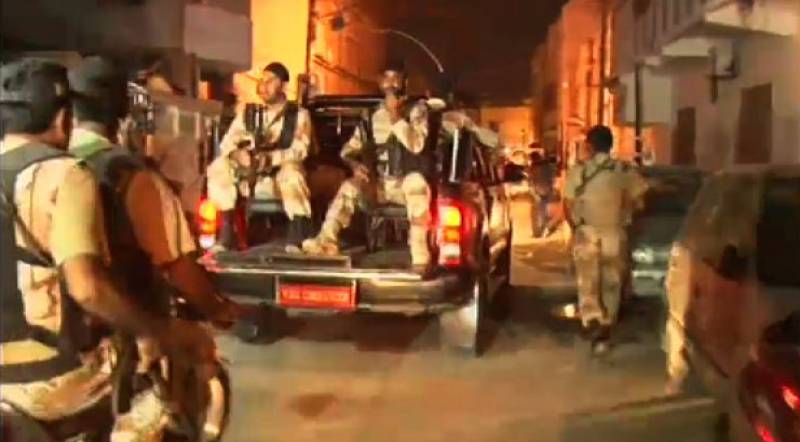 According to Rangers spokesman Colonel Faisal, the paramilitary personnel carried out a raid in Azizabad and arrested David, who is allegedly involved in over 100 murders. He had gone abroad after a series of criminal activities.

Afterwards in the light of information given by David, Rangers conducted another raid in which a huge cache of weapons was recovered, the statement added.

Rangers spokesman said that Kashif David was associated with MQM and belonged to Orangi Town sector. Anti-terrorism squad of the paramilitary force also participated in the raids.

Muttahida Qaumi Movement yet remains to respond to the reports of David's arrest. The party has neither confirmed its connection with the target killer.

It is also relevant to be mentioned here that media reports Kashif David's arrest had previously surfaced in August 2015, however none of the official sources had confirmed the reports.