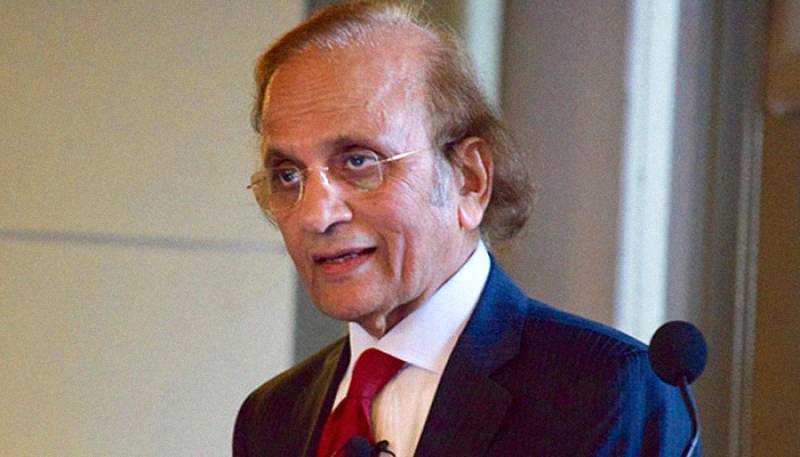 KARACHI - Former Chief Justice of Pakistan, Justice (Retd) Tassaduq Hussain Jillani, has been awarded the 2020 J. Clifford Wallace Award in recognition of his "extraordinary career as a judge and a jurist".

The Judges Committee and the Board of Directors the J. Reuben Clark Law Society (JRCLS) has presented Justice Jillani the awar to honour "his years of distinguished service in Pakistan and his contributions to strengthen the rule of law internationally".

The former judge will receive the accolade at the JRCLS Annual Convention scheduled for February 27-29, 2020, in the Phoenix, Arizona.

Justice Jillani's distinguished career as a judge spanned thirty years, from 1994 to 2014, during which he also served as Pakistan’s representative judge at the International Court of Justice (ICJ) at The Hague. He is currently the co-chair of the World Justice Project (WJP).

The JRCLS is a body of leading lawyers from around the world, who "affirm the strength brought to the law by a lawyer's personal religious conviction" and "strive through public service and professional excellence to promote fairness and virtue founded upon the rule of law."

The J. Clifford Wallace award was created in 2018 to honour Judge Wallace - retired Chief Justice Christine Durham of the Utah Supreme Court. It aims at recognising such jurists who have rendered "service to the administration of justice beyond the judge’s ordinary responsibilities."

The 2018 recipient was Judge Wallace himself, while retired Chief Justice Christine Durham of the Utah Supreme Court was awarded in 2019.