Nawaz set to purge society of terrorism once and for all 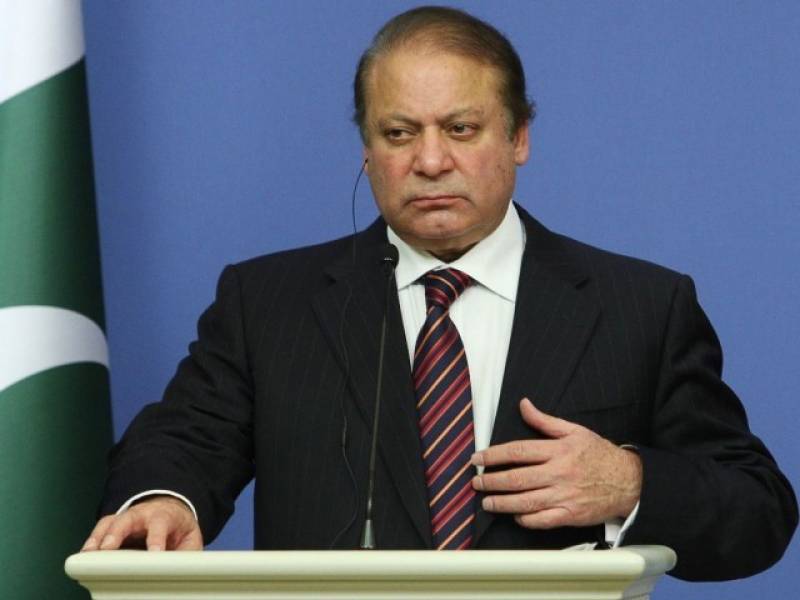 KARACHI (Web Desk) – Reasserting his government’s resolve to bring lasting peace to the country, Prime Minister Nawaz Sharif said on Thursday Pakistan will be purged of those elements trying to fan extremism and to take society hostage.

In his address during the induction ceremony of Karakoram Eagle into PAF Squadron-IV, the premier noted that remarkable gains were being made in the ongoing military operation, Zarb-e-Azb.

“There have been some reprisal attacks by militants, but these should be seen as their last ones,” observed Sharif as he averred, “The Pakistani nation has reaffirmed its commitment to eradicate militancy, once and for all.”

The prime minister applauded the role of Pakistan Air Force in the fight against terrorism in the tribal belt, saying PAF jets were supporting the security forces, operating on the field.

“PAF has the ability to demolish every single terrorist hideout in the northern areas,” he went on to say.

Prime Minister Sharif, on the occasion, also appreciated the announcement by Indian Prime Minister Narendra Modi about the resumption of peace dialogue with Pakistan.

This dialogue, according to him, would ultimately result in stability, peace and prosperity in the region.