UN, US hail Pakistan-India agreement to ceasefire at LoC in disputed Kashmir 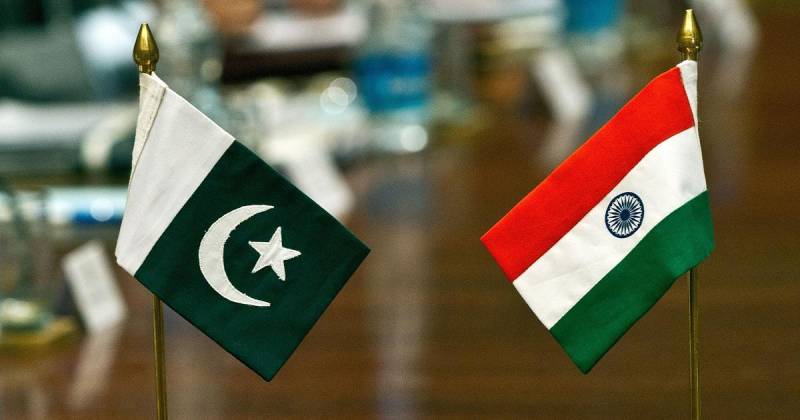 UNITED NATIONS/WASHINGTON – The United Nations and the United States have welcomed Thursday's joint statement of India and Pakistan to strictly observe all agreements on ceasefire along the Line of Control in the disputed Kashmir region, saying it was a "positive step" towards peace and stability in South Asia.

Soon after India and Pakistan announced their decision to stop cross-border firing, United Nations General Assembly President Volkan Bozkir said he welcomes the agreement that demonstrates the values of UNGA.

"I wholeheartedly welcome today's ceasefire agreement between India and Pakistan. Their stated commitment to achieve sustainable peace through addressing each other's core issues and concerns sets an example for other countries and demonstrates UNGA values," he said in a statement read out by his spokesman Brenden Varma at the regular noon briefing at UN Headquarters in New York.

My statement on the ceasefire agreement between #Pakistan & #India..🇺🇳🤝🇵🇰🇮🇳 https://t.co/8EQk4NkIDT

"The Secretary-general is encouraged by the joint statement issued by the militaries of India and Pakistan on their agreement to observing the ceasefire at the Line of Control in Kashmir and engaging through the established mechanism," his spokesman Stephane Dujarric said.

"He hopes that this positive step would provide an opportunity for further dialogue," the statement said.

In Washington, White House Press Secretary Jen Psaki also said at her daily news conference on Thursday that the Biden administration remains closely engaged with a range of leaders and officials in the region.

"The United States welcomes the joint statement between India and Pakistan that the two countries have agreed to maintain strict observance of a ceasefire along the Line of Control starting on February 25th," Psaki said.

Tune in for a briefing with @PressSec Jen Psaki. https://t.co/nRYc1jKTnE

"This is a positive step towards greater peace and stability in South Asia which is in our shared interest and we encourage both countries to keep building upon this progress," she said when asked about the joint statement.

At a separate news conference, State Department spokesperson Ned price said: "When it comes to the US' role, we continue to support direct dialogue between India and Pakistan on Kashmir and other issues of concern, and we certainly welcome the arrangement that was announced that will go into effect I should say on February 25.”

The joint statement issued in Islamabad and New Delhi said the Director Generals of Military Operations (DGMOs) of the two countries held discussions over the established mechanism of hotline contact and reviewed the situation along the LoC and all other sectors in a "free, frank and cordial" atmosphere.

"In the interest of achieving mutually beneficial and sustainable peace along the borders, the two DGMOs agreed to address each other's core issues and concerns which have propensity to disturb peace and lead to violence.

"Both sides agreed for strict observance of all agreements, understandings and cease firing along the Line of Control and all other sectors with effect from midnight of February 24/25," the joint statement said.

The two sides also reiterated that existing mechanisms of hotline contact and border flag meetings will be utilised to resolve any unforeseen situation or misunderstanding, it added.

Pakistan and India have long been at odds over and fought three wars regarding Kashmir. Occasional clashes on the contact line have been a regular occurrence, but tensions escalated in August 2019, when the Indian government annulled the special autonomous status of its Jammu and Kashmir state and divided the region into two union territories under the government's direct control. India illegally occupies the southern part of the Kashmir region, while Pakistan and China manage the northwestern and northeastern parts, respectively.