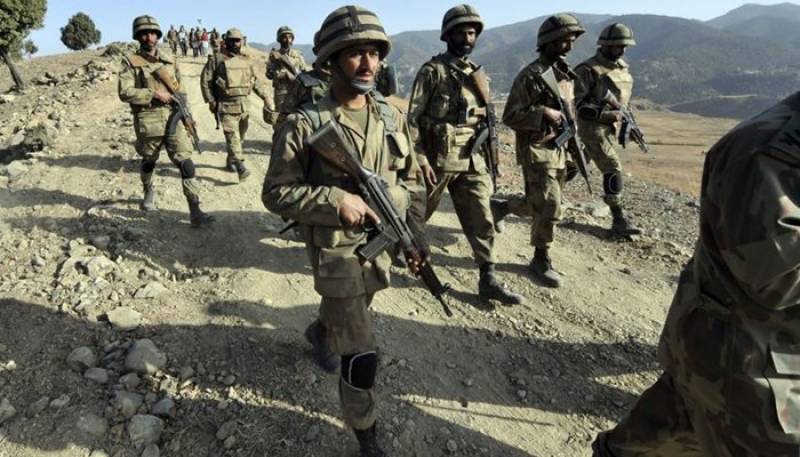 RAWALPINDI – Security forces conducted an IBO on the reported presence of terrorists in Spinwam, an area in North Waziristan, the military's media wing said on Wednesday.

According to Inter-Service Public Relations (ISPR), a terrorist, identified as Saddam, was killed during an exchange of fire.

Security forces recovered weapon and ammunition from terrorist, who was expert in IEDs planting and was involved in terrorist activities, target killings, and kidnapping for ransom.

Earlier this month, Pakistan Army recovered a huge cache of weapons and ammunition during an undercover operation in South Waziristan’s Serwekai.

Sub-machine guns, RPG-7, hand grenades and a large quantity of ammunition of multiple calibers were seized during the operation conducted on a tipoff.

Armed forces conducted a raid at a terrorist hideout at an old fort and found weapons there. It also added that the terrorists had been working on dynamite landmines as well.

ISLAMABAD – Interior Minister Sheikh Rashid said on Saturday that some remnants of groups, which were defeated by ...