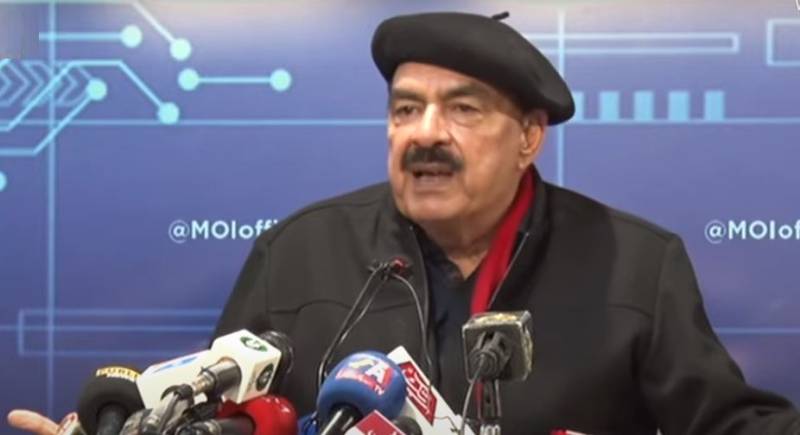 ISLAMABAD – Interior Minister Sheikh Rashid said on Saturday that some remnants of groups, which were defeated by the Taliban, wanted to create an environment of terror in the country.

His statement comes as militants carried out attacks in Lahore and Islamabad, leaving five dead and more than 25 injured.

Addressing a press conference, the minister said that the sentiment in Afghanistan was no longer against Pakistan.

After the defeat of Afghanistan's National Directorate of Security (NDS), India's Research and Analysis Wing (RAW) in Afghanistan and of 42 international forces by the Afghan Taliban, some leftovers of groups wish to create an environment of terrorism in Pakistan, Rashid said.

He said that security institutions are fully prepared to curb terrorist activities in the country, adding that the incidents like Lahore blast cannot shatter our determination and morale.

Sheikh Rashid said deadlock over negotiations with TTP came as the banned outfit had made unacceptable conditions.

Vowing to eliminate terrorists, he said that Pakistan paid heavy price for peace restoration. He said, “We have sacrificed more than 80,000 lives and suffered an economic loss of around 150 billion dollars for this purpose”.

Regarding speculations about Presidential system in the country, he said no such move has been discussed in the cabinet.

The minister also urged the opposition to postpone their rally of 23rd March as OIC world leaders will be in the Federal Capital during those days.

LAHORE – Authorities concerned have apprehended two alleged facilitators of the Lahore bomb blast from the Ravi ...