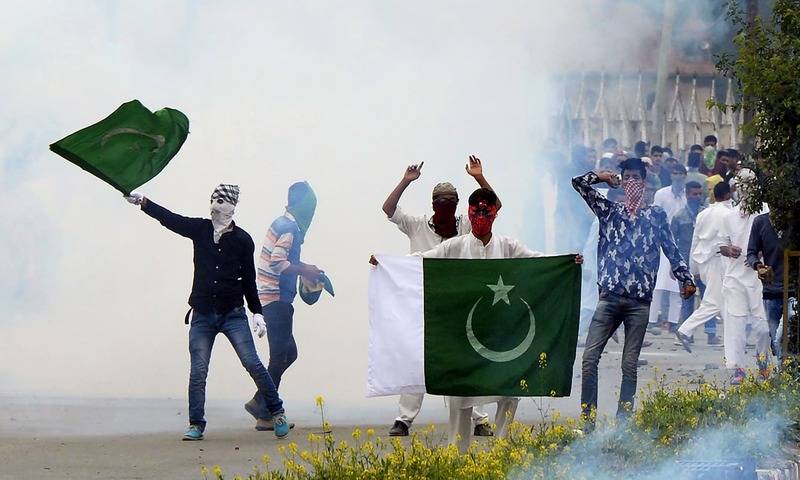 SRINAGAR - At least 10 people were injured in India-held Kashmir (IHK) after occupational forces used force to quell protests on Eid day, according to Indian media reports.

More than 50,000 people gathered for prayers at the Hazratbal shrine and over 40,000 at the Eidgah mosque. Youths started hurling stones at security forces as the masses poured onto the streets. Many waved Pakistan flags. 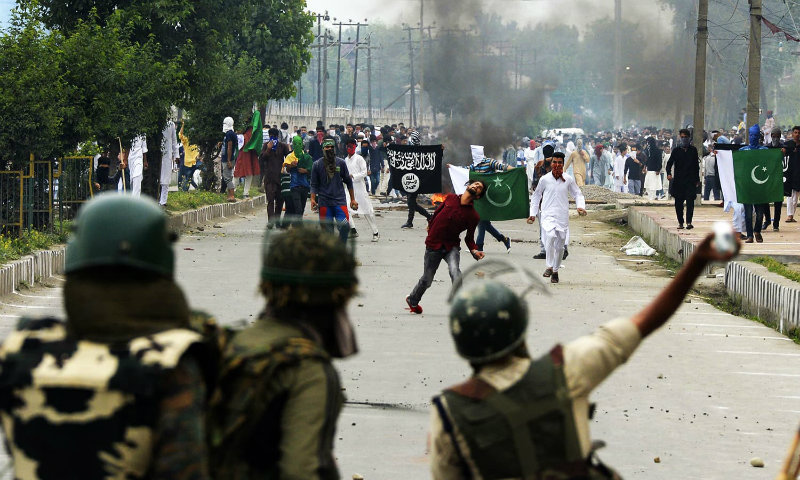 Witnesses and official sources said over a dozen demonstrators sustained injuries in the action by the security forces.

Jammu and Kashmir Chief Minister Mehbooba Mufti said the police "are showing maximum restraint because they think they are dealing with their own people", NDTV reported.

Indian government troops, backed by local police in IHK, maintain security throughout the valley. As tensions run high in the region, local police have been advised to avoid offering Eid prayers in isolated or general mosques or Eidgahs, according to a police advisory, days after a police officer was beaten to death by an angry mob outside a mosque after he had been for a spy or assassin.

The victim, Mohammed Ayub Pandith, the deputy superintendent for the security wing of the Jammu and Kashmir state police, had gone to a mosque in Srinagar, the Jamia Masjid, on Thursday for prayers on Shab-e-Qadr. Prominent religious leader and freedom leader Mirwaiz Umar Farooq was giving a sermon. 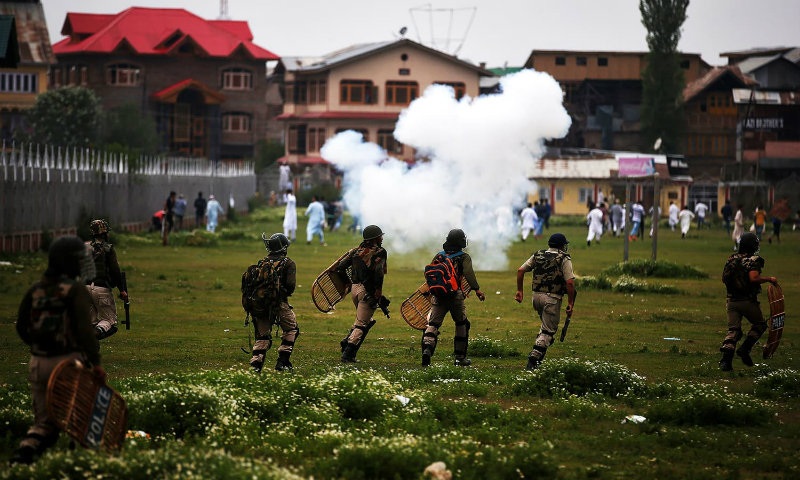 Authorities detained some Hurriyet political leaders to try to avert trouble on Eid, the day of festivities that marks the end of the Ramazan fasting month.

Daily troubles left 51 people dead during Ramazan in the Indian-occupied territory, which is also claimed by Pakistan, according to the Kashmir Coalition of Civil Society.