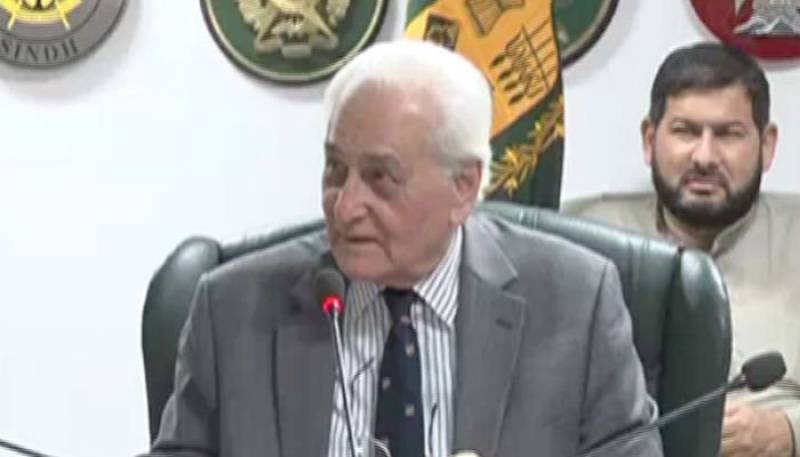 ISLAMABAD - The federal cabinet will decide whether the names of former prime minister Nawaz Sharif and his family among others will be put on Exit Control List (ECL) or not.

The interior minister Azam Khan while talking to geo news on Tuesday said that a sub-committee of the cabinet will take the decision regarding placing the names of Sharifs on ECL.

The minister asserted that Interior ministry has the authority to bring someone back with help of Interpol, adding that it was the responsibility of the interim government to hold free and fair election.

ISLAMABAD - The National Accountability Bureau (NAB) on Wednesday formally requested the Ministry of Interior to place ...

On June 5, Khan had remarked that the interim government will ensure transparent, peaceful election and will avoid summoning the army for help unless it was absolutely necessary.

“We will fully support the Election Commission of Pakistan and utilize the interior ministry’s institutions to ensure peaceful, transparent election,” he said.

The caretaker interior minister added that they will not summon the army unnecessarily unless the situation demanded it.

The law allows for summoning the army [for election] but it is only for extreme situations, he added.

Earlier, the National Accountability Bureau formally requested the Ministry of Interior to place the names of several members of Sharif family on the Exit Control List.

In a letter, the anti-corruption watchdog had requested to put the names of ousted prime minister Nawaz Sharif, his daughter Maryam Nawaz and Captain (r) Safdar in the ECL as “their trial is near to an end and it is feared that they will fly abroad”.