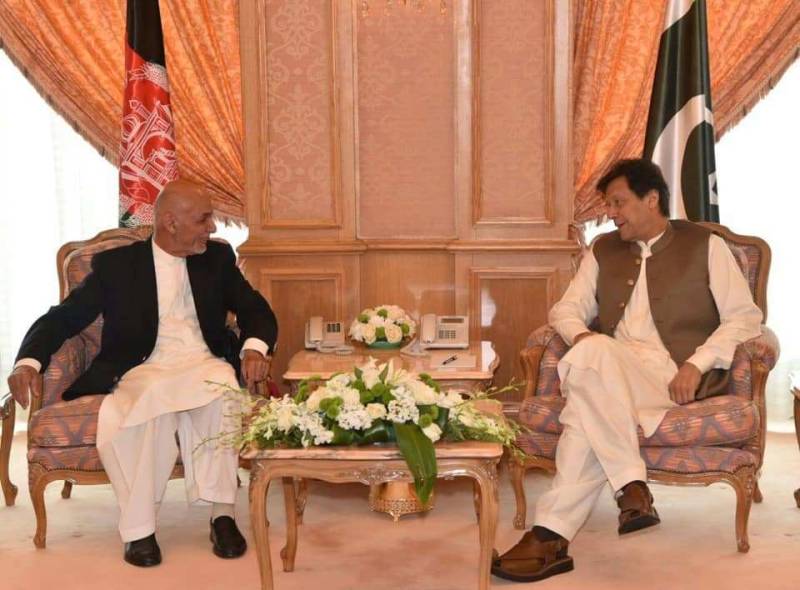 ISLAMABAD - Afghan President Ashraf Ghani would be visiting Pakistan on an official tour tomorrow with agenda ranging from trade and investment to regional peace.

During his two-day visit, President Ashraf Ghani is expected to discuss four key issues with the Pakistani Prime Minister Imran Khan detailed by his spokesman as regional connectivity, trade, transit, investment, security and the peace process.

The Afghan government has said that the trip will also help to find out how Pakistan can contribute to the Afghan peace process; according to Afghan media, Ghani accepted the invitation on the recommendation of members of the peace consultative Loya Jirga which was held in April.

The visit comes a day after US Secretary of State, Mike Pompeo landed in Kabul on an unannounced visit before heading to India.

KABUL - US Secretary of State Mike Pompeo landed in war-ravaged Kabul in an unannounced stopover on Tuesday to ...

In his seven-hour tour, Pompeo discussed the prospects of Afghan Peace Process with Ashraf Ghani and other officials including Zalmay Khalilzad.

Pakistan recently hosted senior Afghan politicians and tribal elders for 'Lahore Process' conference wherein it was reiterated that Islamabad would lend full support to its neighbour for carving out a peace deal to end the conflict, raging on for 18 years.

The visit marks Ghani’s second state visit to Islamabad since 2014.