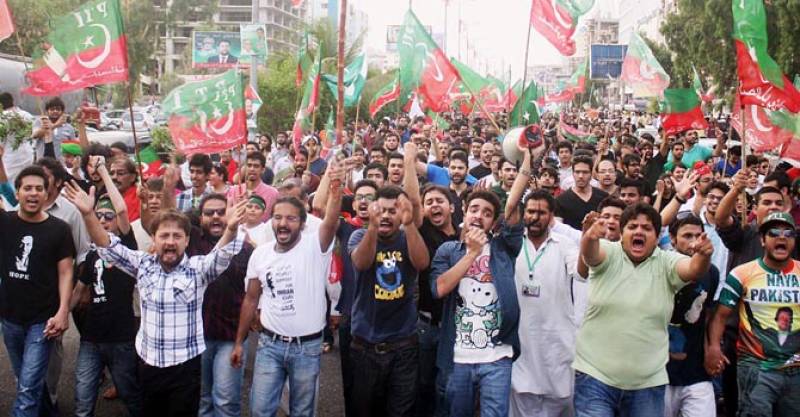 ISLAMABAD (Web Desk) - Pakistan Tehreek-e-Insaf (PTI) announced that it would stage nationwide protests against the killing of two lawyers in Daska town of Sialkot.

According to a spokesperson of PTI, Chairman Imran Khan has given a call for the nationwide protests against incidents of Daska.

Khan asked his workers to stage protests in front of press clubs in their respective cities at 3pm.

The spokesman said that PTI's protests would be against Punjab police and Gullocracy.