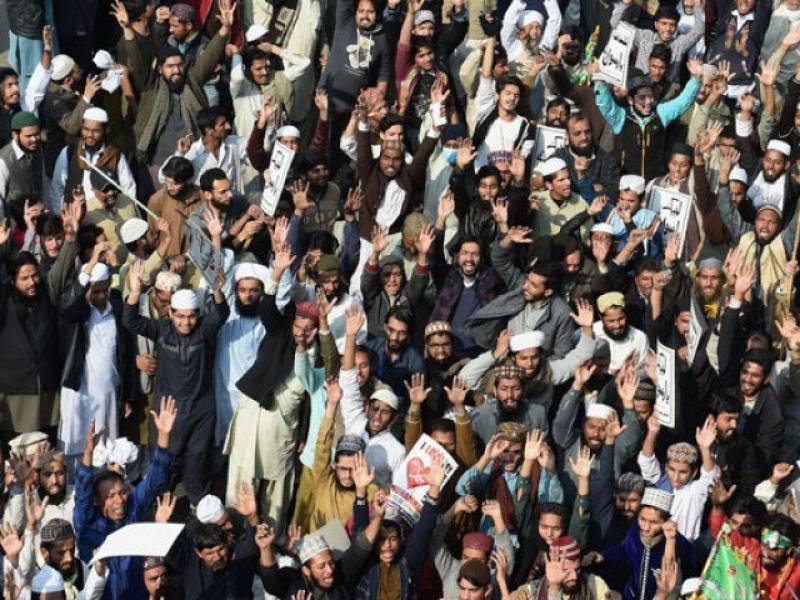 LAHORE - Traders at Lahore’s prominent markets have announced to shut down their business on Monday in the wake of anti-blasphemy protests that have nearly paralysed the whole country. 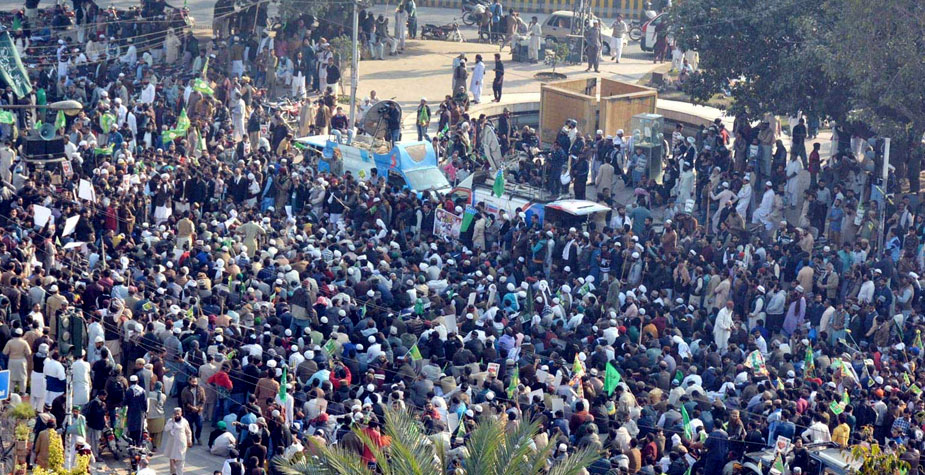 The announcement follows the deadly clashes in the federal capital on Saturday, where Islamabad Police along with FC troops launched ‘Faizabad Operation’ to uproot a protest sit-in by the demonstrators.

Following the operation, protests were started in major cities of the country. Rangers were called in Punjab to maintain law and order.

The protesters have been blocking the Islamabad expressway, the main road into the capital, since November 8, demanding the resignation of Federal Law Minister Zahid Hamid over a perceived softening of the state’s position on blasphemy.

Army was called in Saturday night to restore order to the capital after clashes between the protesters and police left at least six dead, including a police official, and 200 people injured.

As protests in the provincial city entered the second day on Sunday, the demonstrators from Tehreek-e-Labbaik Ya Rasool Ullah, Sunni Tehreek and a few other religio-political parties took over Shahdara Chowk, Mall Road and Faisal Chowk. Several protestors were detained by the law enforcement authorities for blocking roads and setting vehicles on fire.

Due to the blockage of major roads in the city, traffic is being re-routed through alternative routes resulting in traffic jams causing inconvenience for commuters.

On Saturday, protesters blocked Mall Road and many other major roads across the city and set a vehicle on fire at Shahdara Chowk. Railway tracks were also blocked in the area.

LAHORE – Supporters of Tehreek e Labbaik on Sunday again blocked the major roads of Lahore as the government failed ...

Subsequently, the police authorities resorted to use of tear gas to disperse the demonstrators in addition to deployment of Rangers at the site of the protests. Moreover, the Metro bus service was also suspended.

Commuters have been facing severe difficulty as public bus services including the Speedo Bus Service in Multan and Lahore remain suspended on the second day of the protests.

Moreover, the Metro Bus Service in Rawalpindi also remains suspended. In addition, train services have either been halted or are facing severe delays as protesters blocked rail tracks on Saturday.