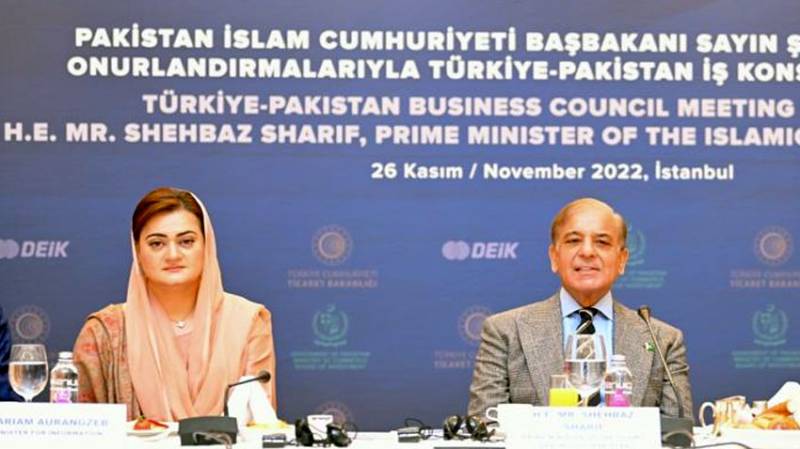 ISTANBUL – Prime Minister Shehbaz Sharif Saturday urged the Turkish businessmen to invest in a 10,000 megawatt solar power project of Pakistan, saying “My investor is my master”,

The premier, who reached Turkiye on two-day official visit yesterday, made the pitch while addressing a meeting of Pakistan-Turkiye Business Council in Istanbul.

Vowing to provide enabling environment to the investors, he said that the Turkish companies can earn good profits from this project while it will save Pakistan from importing crude oil that takes much-needed dollars out of the country.

He said a special conference will also be organized in Islamabad for the Turkish investors to apprise them of the solar projects.

“We will be great partners in this big investment portfolio which will be a win-win for both the countries.”

PM Shehbaz said that there is infinite potential of boosting trade and investment relations between Pakistan and Turkiye.

He said both the countries are like a family and our hearts beat together, state broadcaster reported.

The prime minister said that there is a need to simplify business regulations to realize the potential of cooperation, adding that his government will do everything possible to address the issues faced by the Turkish businessmen in Pakistan.

Shehbaz Sharif said both the countries have signed an agreement to enhance trade volume to $5 billion in the next three years. He said we should make utmost efforts to achieve this target rather double it in the given timeframe.

As regards the launch of third of four MILGEM Corvette Ships for Pakistan Navy, the Prime Minister said this defence cooperation between the two countries will move forward in the days to come.