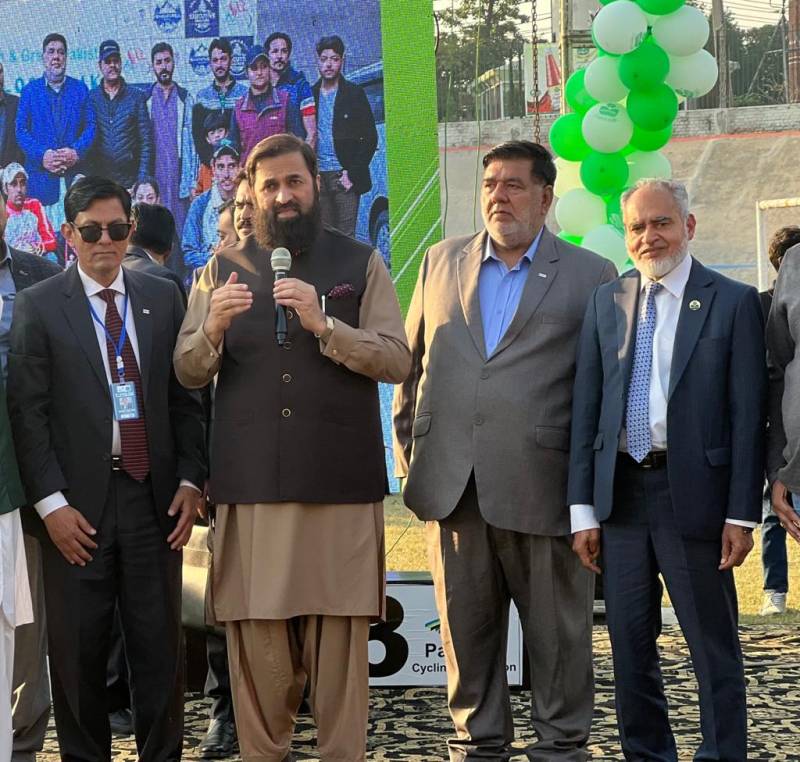 LAHORE – The 67th National Track Cycling Championship 2022 strolled into action at the Cycling Velodrome of the Nishtar Park Sports Complex Lahore on Saturday.

Speaking on the occasion, Governor Punjab Balighur Rehman expressed his best wishes to all the participants of the cycling championship.

“We will provide better facilities to all the players, who are the real asset of the country. I welcome all the cyclists in advance to the upcoming Road Cycling Championship in Bahawalpur and hopefully, they will be provide the best facilities during that event as well.”

Pakistan Cycling Federation President Syed Azhar Shah and Secretary Moazzam Khan Klair thanked Governor Punjab Balighur Rehman for sparing time to grace the opening ceremony of the national championship and vowed to produce cycling champions for the country, who will win international medals for Pakistan, if provided with the best facilities including international-standard cycling velodrome and all-out support from government and corporate giants.

Before his departure, Governor Punjab Balighur Rehman also distributed medals among the position holders of the first day. More than 100 male and female cyclists from Punjab, Sindh, Khyber Pakhtunkhwa, Balochistan, Gilgit-Baltistan, WAPDA and others are participating in the national championship in different categories.