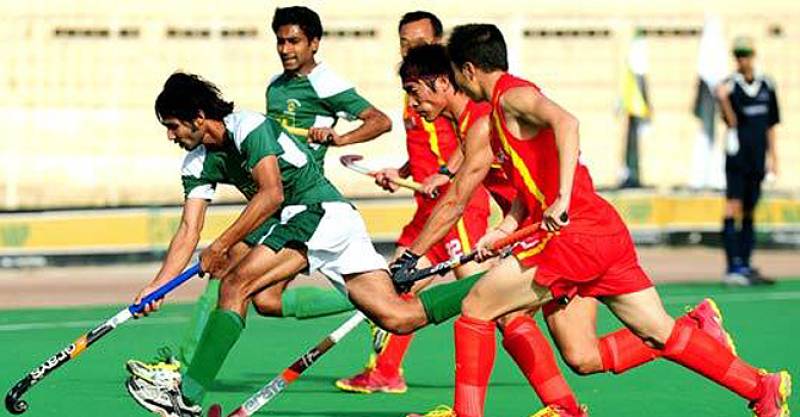 LAHORE/KUANTAN – Pakistan beat China in the 14th match of the Fourth Asian Hockey Championship 2016 on Thursday in the Malaysian city of Kuantan.

While Pakistani forwards struck four times, the Chinese side could not score a single goal in full time.

Greenshirts have almost booked their berth in the semi-final round of the tournament after claiming a crucial 4-3 win over Japan on Tuesday.

Pakistan lost their matches against host Malaysia by 4-2 , India by 3-2 while won against Korea by 1-0 and Japan by 4-3.

India go to the top of the standings after beating China 9-0 on 25 Oct 2016 in the 4th Men’s Asian Champions Trophy. #ACT2016 #IndiaKaGame pic.twitter.com/Rh8u7mZLLJ

You can download the full schedule of the tournament here

Pakistan had won the champions trophy more than any other participating team. The green team defeated its traditional rival India by 5-4 in the final of 2012.