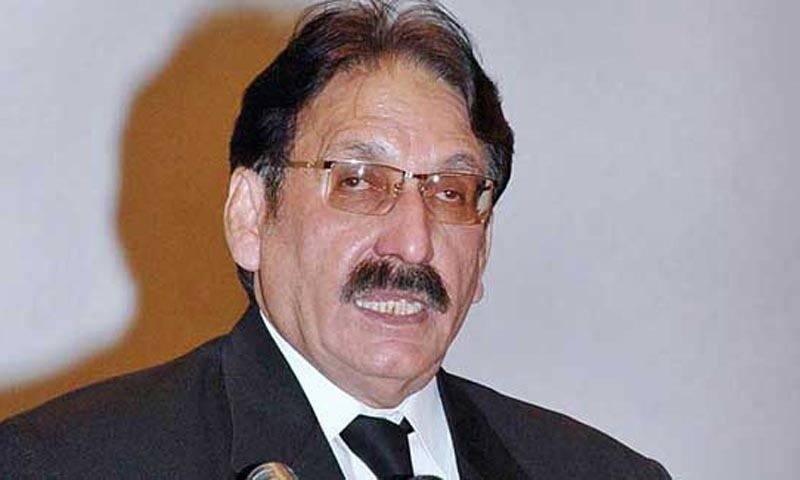 Terming his arrest a major breakthrough in the Eden Housing Society case, Chaudhry said the suspect was apprehended in Dubai, UAE on the request made by the Federal Investigation Agency (FIA).

The minister said that the names of the former Chief Justice's son and daughter were also among the accused persons in the case, adding that action will also be taken against them.

He added that Prime Minister Imran Khan has sought a detailed report on the scandal which had affected 200 to 300 people.

The development comes days after affectees of the housing society scam staged a protest outside Prime Minister Imran Khan’s residence located in the Zaman Park.

The NAB in its letter has named Mohammad Amjad, his wife Anjum and sons Murtaza and Mustafa as accused of cheating people by not completing the development work and handing over plots to buyers.

NAB also informed that administration of the failed society committed a fraud of Rs 13 billion as it has received 6511 complaints about the fraud.

The Pakistan Tehreek-e-Insaf (PTI) also sent a letter to the NAB in June this year, urging it to launch an investigation against Iftikhar Muhammad Chaudhry and his family for allegedly receiving benefits in the scam.

The letter was sent by Fawad Chaudhry on the behalf of the party claiming that former chief justice, his daughter, son-in-law and father of his son-in-law looted innocent people who had invested in the society.

The PTI further accused the former CJP of providing relief to his co-father-in-law by fixing the case of the housing society before a bench headed by him.