UNSC allows Hafiz Saeed to use his personal bank account 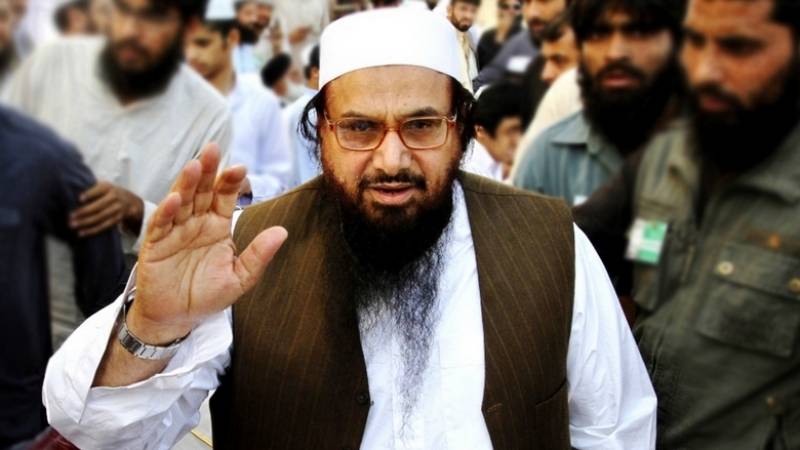 NEW YORK – The UN Security Council (UNSC) has allowed Jamaat-ud-Dawa (JuD) chief Hafiz Saeed access to his bank account, which had been frozen because of the world body’s sanctions after Pakistan made a plea on his behalf.

Saeed’s assets had been frozen after the UNSC sanctioned him under Resolution 1267 which, observers believe, appeared to be India’s brainchild.

In a decision taken on August 15, the UN Sanctions Committee said it had received a letter from Pakistan seeking permission to allow Saeed “certain expenditure” from his frozen bank account.

The Chair said, “no objection” had been received from any member till 3:00 pm on that day and hence Pakistan’s request was approved.

Pakistan, in its plea, said that it had received “an application from a Pakistan citizen” Hafiz Muhammad Saeed requesting that he be allowed access to the frozen funds in his bank account to the tune of 1.5 lakh rupees “to cover necessary basic living expenses for himself and his family”.

Pakistan’s letter said the bank account had Saeed’s pension on account of his serving as a professor for 25 years in University of Engineering and Technology, from where he retired in 1999.

On July 17, the Counter-Terrorism Department (CTD) arrested Saeed while he was travelling from Gujranwala from Lahore. He was taken into custody as part of the government’s crackdown against banned organisations under the National Action Plan (NAP).