If Afghanistan is America’s Achilles heel, will Pakistan help? 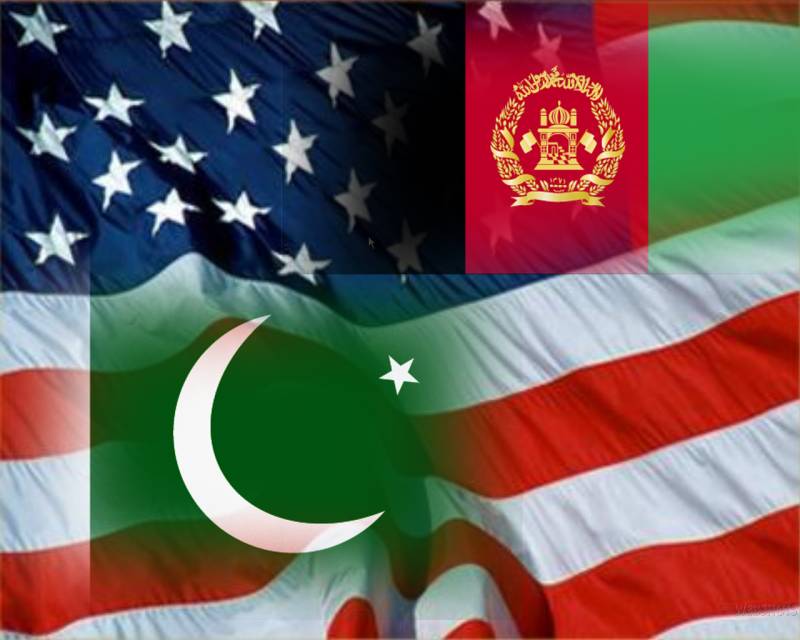 Afghanistan was the venue of Cold War’s last drop scene. Chances are that it’ll be the birthplace of its season of another protected, heinous and bitter hostility. Kremlin’s doctrine of disruption and chaos can’t be served better anywhere else than the war-ravaged mountainous land. The conditions are no better than 1976-77 when the Soviet invaded the country.

The unity government is grinding to halt due to severe turf battles between President Ashraf Ghani and his rival-turned-ally Abdullah Abdullah. The Kabul-Taliban peace talks are stalled. Washington has been busy with elections and its fallout, as Russia has smoothened ties with the defiant militia on the pretext of averting the rise of ISIS, which Moscow tasked itself to eliminate in Iraq and Syria. Moreover, Afghanistan-Pakistan remained stalled as India renews its pledges to assist Kabul against terrorism while hurling threats at Pakistan. China quietly continues to build infrastructure for trade with and through the war-hit country besides exploring its untapped minerals.

Dropping off the Mother of All Bombs (MOAB) on honeycomb cave network of the Islamic State of Iraq and Syria (ISIS) in Achin district of Nangarhar province on April 14 was the rudest possible awakening for Afghanistan. The message was symbolic and timely, for Afghanistan’s rulers, Russia and defiant militants as well as their foreign backers.

The resignations of Afghan Defense Minister Abdullah Habibi and Army Chief, General Qadam Shah Shaheem result from failure to avert the inside attack on an airbase in the northern province of Balkh, which claimed lives of over 140 on April 21. The most deadly terrorist attack occurred less than a week apart from the US hit in the cave complex. Thus the failure in the remote regions matches with humiliation at the heart of military cantonments.

Two days after dropping the MOAB, Trump’s National Security General HR McMaster landed in Kabul on a scouting mission and also travelled to Pakistan. Within a week, US Defense Secretary Jim Mattis also landed in Kabul, almost coinciding with the Balkh carnage.

For the Afghan military as well as its US and NATO allies, the most worrisome are to avert insider attacks or informant which have been instrumental in success behind the terrorist on key military installations. The green-on-blue assaults underscore the constant disconnect Afghan leaders and foreign powers trying to help them face. An average Afghan knows that delay in reconciliation serves the miscreants who have already dug in for protected disorder.

Compelled by the impending situation in the Korean Peninsula and the Levant, the Trump administration might be expecting less hassle from Afghanistan. In Kabul, US Commander in Afghanistan General John Nicholson and Prime Minister Ashraf Ghani both asked for more. Nicholson’s plea for at least another 5,000 troops was turned down immediately while the Afghan leaders were told to fix the house instead of overly blaming the other countries.

Disengagement with Taliban at the negotiating table and rashly dismissive policy towards Pakistan opens whole lot fatal prospects. Russia and Iran, which share the common goal, of multiplying US costs in the country join hands with Taliban and al-Qaeda.

General Mattis was not off the mark when he stated the Balkan tragedy could not have occurred without Russian help to the militants. Washington has been long watching Russian moves in Afghanistan. The apparent pretext has been Taliban’s utility as a counterweight to surging Daesh. Inherently, the notion of ISIS rise in Afghanistan is flawed at many levels. To name a few, no grand scale militant organisation would house the landlocked country with exhausted youth and devoid of specular targets. Pragmatism dictates that ambitious non-state actors like Daesh flourish better in a volatile region of North Africa and the Middle East where ease to get weapons, youth and proximity with Europe will help make their dreaded statements by attacking carefully chosen targets. Moscow has neither wholeheartedly attacked Daesh in the Levant nor will it in Afghanistan. Iran follows a more hands-on approach to aid Taliban by giving them refuge as well as financial support. Mattis and McMaster, both extremely well-read, seasoned strategists, know that delay in fixing the Afghan issue means more opportunity lost and at greater cost.

Afghanistan and India blame Pakistan for all kinds of ills the region suffers. Lisa Curtis, an ex-senior fellow at the conservative Heritage Foundation and as senior director of the National Security Council’s South and Central Asia department, subscribes to their version. She agrees with Narendra Modi about “diplomatically isolating Pakistan.” In her last report at the Heritage Foundation, she noted, “The Trump administration’s policy toward Pakistan must be to make it more and more costly for Pakistani leaders to employ a strategy of supporting terrorist proxies to achieve regional strategic goals.” General Mattis is no novice to global security so Curtis’ strong views about Pakistan, mainly due to its nuclear capability and not really owing to lack of cooperation on Afghanistan, can only go so far. General McMaster himself is one of the finest military minds the US has produced in recent decades. His opinion on global security mattered long before he became a general.

Both Mattis and McMaster assessed the nature of Pakistan’s role in the region through meetings with the top military and civilian leadership. The statement that Pakistan should go after “all forms of terrorism” has been of some respite to hawks in India as well as Afghanistan. However, the top US leadership left much for Kabul and Delhi to desire for. Islamabad’s brief the delegation on operation Zarb-e-Azb, fencing of the Afghan border as well as Operation Raddul Fassad against terrorists’ sleeper cells and foreign mercenaries.

Though Washington won’t accept Islamabad’s suggestion to mediate Kashmir dispute but possibly press upon Modi lessen tension over water-sharing as well as Line of Control. None other than India’s ruling party will undermine Lisa Curtis’ hardline efforts against Pakistan. Afghanistan may not pass the buck on Pakistan for its security and political failures, as the hermit president, Barack Hussain Obama no more holds sway in Washington. The new administration is bracing for challenging disrupters like North Korea, Iran and Russia in Syria as well as elsewhere. Kabul’s best bet remains unchanged: engage Taliban in political negotiations instead of further losing face as well as time, and deal with Pakistan for its own national interest instead of bidding for its other allies.

After losing thousands to terrorism, Pakistan can’t afford to complement Russia’s strategy of rearming and boosting Taliban or other non-state actors in Afghanistan. Moscow’s approach is diametrically opposed to Islamabad’s. The Islamic republic and the US of America ought to see the common ground on Afghanistan as well as bilateral relations. The Pakistan-US stalemate will advance the forces of disorder ranging from Russia and Iran to Taliban and ISIS. Islamabad can’t afford to be embroiled in brewing Russia-US tussle in Afghanistan.