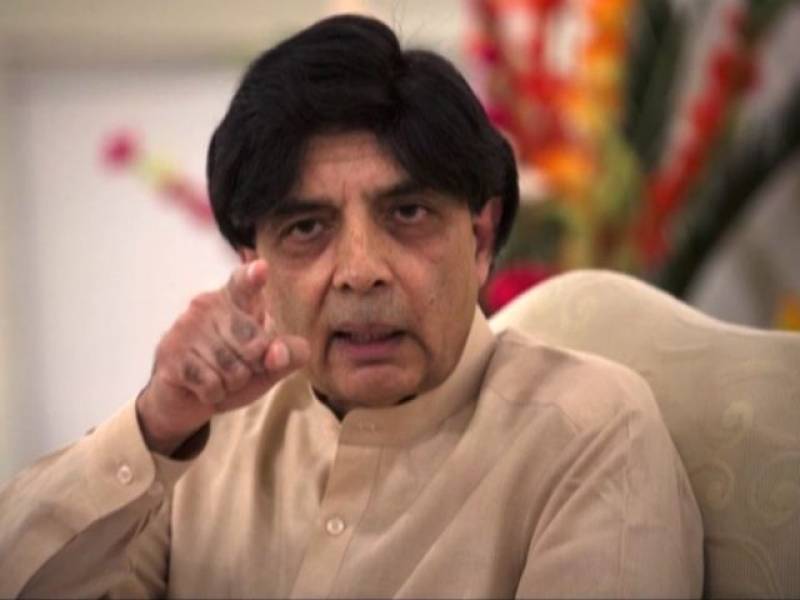 Addressing a gathering in Union Council Lodhra on Saturday, the former Pakistan Muslim League Nawaz member expressed that he would not take oath as a provincial lawmaker.

The former lawmaker expressed that he was deceived for the seat of National Assembly, however, added that he was not a worshipper of 'saleable' politics.

'I don't do politics for offices, I do it for the public,' Nisar clarified and added that those who disseminated news about him becoming the next Chief Minister Punjab should answer it themselves.

Chaudhry Nisar expressed that had he been with the Prime Minister Imran Khan, he would have advised him to unite saying, enemies have entered our ranks.

The former legislator expressed that the Union Council tier was wiped off the system proposed by the government adding that efforts were made to distort the administrative unit.

The incumbent regime could not organize local body elections, said Nisar and claimed that if ruling Pakistan Tehreek-e-Insaf was popular among masses, it should conduct elections.

Nisar has, however, not taken the oath of the provincial assembly seat and rumours were rife that he might take the oath in the ongoing weak; some of the political commentators also divulged that Nisar was going to replace Sardar Usman Ahmed Buzdar as the Chief Minister Punjab for which he had called on senior non-political officials in the country.