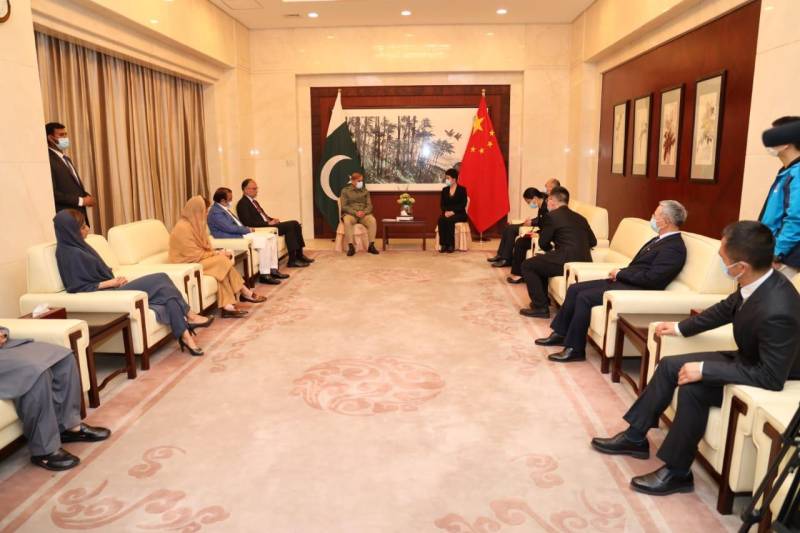 BEIJING – China has strongly condemned the terrorist attack inside a university in Pakistan’s southern port city of Karachi where a van carrying Chinese academics was targeted Tuesday afternoon.

The shocking suicide bombing near the Confucius Institute in the University of Karachi left four people, including three Chinese nationals, dead and several others injured.

"The Embassy and Consulates General of China in Pakistan express deep condolences to the victims from both countries and sincere sympathy to the injured and the bereaved families, and will make every effort to handle the incident with the Pakistani side," People’s Daily Online quoted the statement issued by Chinese embassy as saying.

The Chinese embassy also asked Pakistani departments concerned to take practical and effective measures to ensure the safety of Chinese citizens, institutions and projects in Pakistan, and to ensure that similar incidents do not happen again.

Prime Minister Shehbaz Sharif Tuesday also paid a visit to the Chinese embassy in the country’s federal capital Islamabad after four people including three Chinese citizens were killed in the latest terror incident.

The premier met Chinese Charge d' Affairs to Pakistan Pang Chunxue in the Chinese Embassy in Islamabad, according to the PM Office. He offered his condolences on the demise of Chinese nationals in the Karachi University blast.

"We are deeply shocked and distressed at this dastardly attack on our Iron Brother. All Pakistanis mourn their loss and offer their condolences to the bereaved families," Sharif wrote in his note.

He further said that we remain committed to eliminating terrorists from Pakistani soil.