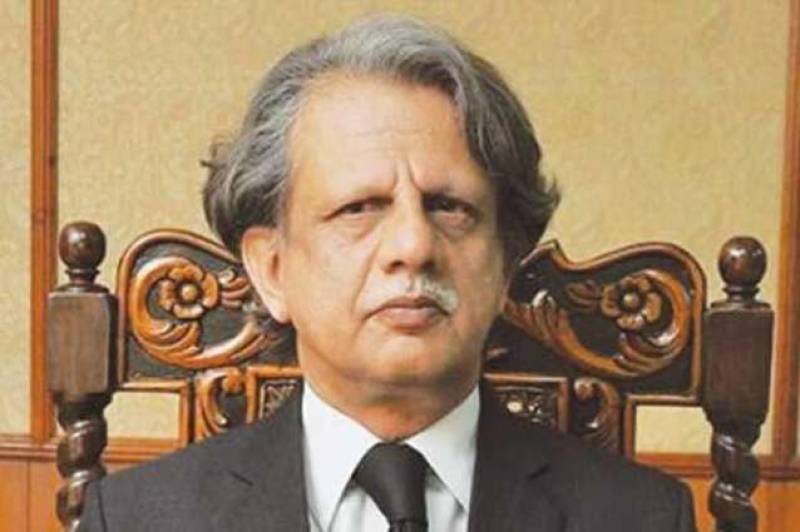 ISLAMABAD – A full court reference was held in the Supreme Court on Tuesday to bid farewell to retiring Justice Sheikh Azmat Saeed.

He said Justice Sheikh Azmat Saeed's belief in the supremacy of the Constitution and the law is evident from his verdicts and his approach is always very much clear while making judgments, the Radio Pakistan reported.

Justice Azmat Saeed, whose service ends today, served as Supreme Court judge for seven years and was part of the bench which handled numerous high-profile cases including the Panama Papers case against the former premier Nawaz Sharif. He was among the three judges who had differed from leading judge Asif Saeed Khosa’s view and formed a high-powered Joint Investigation Team (JIT) to further probe into the matter.

Justice Sheikh was appointed as additional judge in the Lahore High Court (LHC) on December 1, 2004.

On November 17, 2011, he took oath as the LHC chief justice and served as the high court's top judge till May 31, 2012. He was among those LHC judges who had refused to take oath under the Provisional Constitutional Order (PCO) on November 3, 2007.

He was elevated as a judge of the Supreme Court of Pakistan on June 1, 2012.

In 21st Constitutional Amendment case four years ago, he authored majority judgment, wherein salient features of the Constitution were laid down for the first time. Eight judges endorsed his opinion.

Justice Saeed had declared that democracy, parliamentary form of government and independence of the judiciary are the salient features of the Constitution.

Legal experts believe that his verdict will be a hurdle in the way of those who want to introduce a presidential system in the country.