No past government has ever been blackmailed to this extent: Pakistan PM 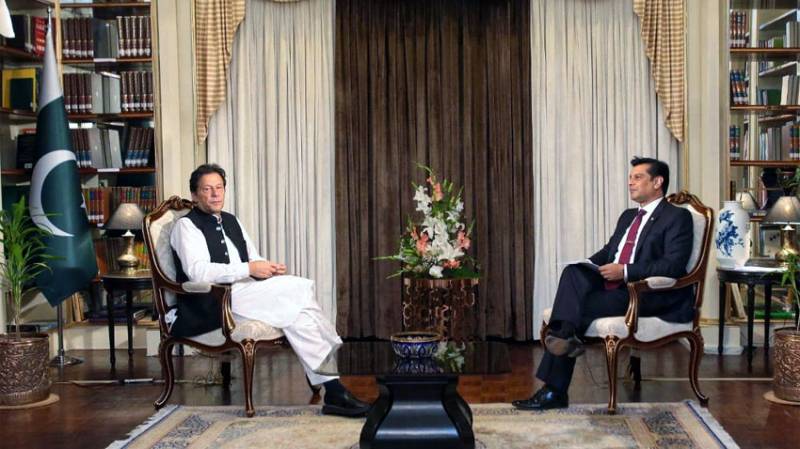 ISLAMABAD – Prime Minister Imran Khan said on Thursday that said no government has been blackmailed to this extent in the past as it has happened with the Pakistan Tehreek-e-Insaf (PTI).

In an exclusive interview with a private news channel, he said that the incumbent government believes in rule of law contrary to previous regimes where law was meant to poor only. He said holding of non-party elections led to corruption.

Regarding health reports of PML-N leader Nawaz Sharif, the Prime Minister said medical opinion of expert doctors was the only reason of allowing him to go abroad. He said, “It was my mistake to grant him permission to go abroad”.

Imran Khan said economic indicators of the country are on positive trajectory. He urged the opposition to stay united on national issues like Kashmir crisis and Pakistan's exclusion from FATF's grey list.

The Prime Minister said India has been lobbying to include Pakistan on FATF's blacklist for last two years.

He said the only interest of opposition is to go against the national interest just to save its vested interest. Imran Khan said that government will call joint session of the parliament next week for legislation on FATF's rulings.

Commenting upon NAB's fair and transparent role, he said 95 percent cases of opposition were registered during their own tenures. He added that even the Chairman of the Bureau was appoined by the mutual consultations of PML-N and PPP, Radio Pakistan reported.

The Prime Minister termed grant of NRO to the opposition tantamount to compromising PTI's manifesto.

Counting on his party's 2-year achievements, the Prime Minister said when we assumed the power, the major challenge for us was to save the country from bankruptcy. He said despite of coronavirus pandemic, we earned more revenues than our expectations during last month.

The Prime Minister said our stock market is showing positive indicators by means of the historic incentives announced for construction sector which gained the trust of investors.

The Prime Minister said master plans for all major cities of the country are being devised to prevent the damages of urbanization.

He said, in this regard, Ravi Riverfront Urban City in Lahore and Bundal Island City in Karachi are being developed the pattern of the Federal Capital. He said these projects will help curb overpopulation and food insecurity.

He said Federal Government, in collaboration with Sindh government, will make a plan for a permanent solution to the problems caused by floods by cleaning of nullahs, fixing of the sewage system and resolving the huge challenge of water supply to the people of Karachi.