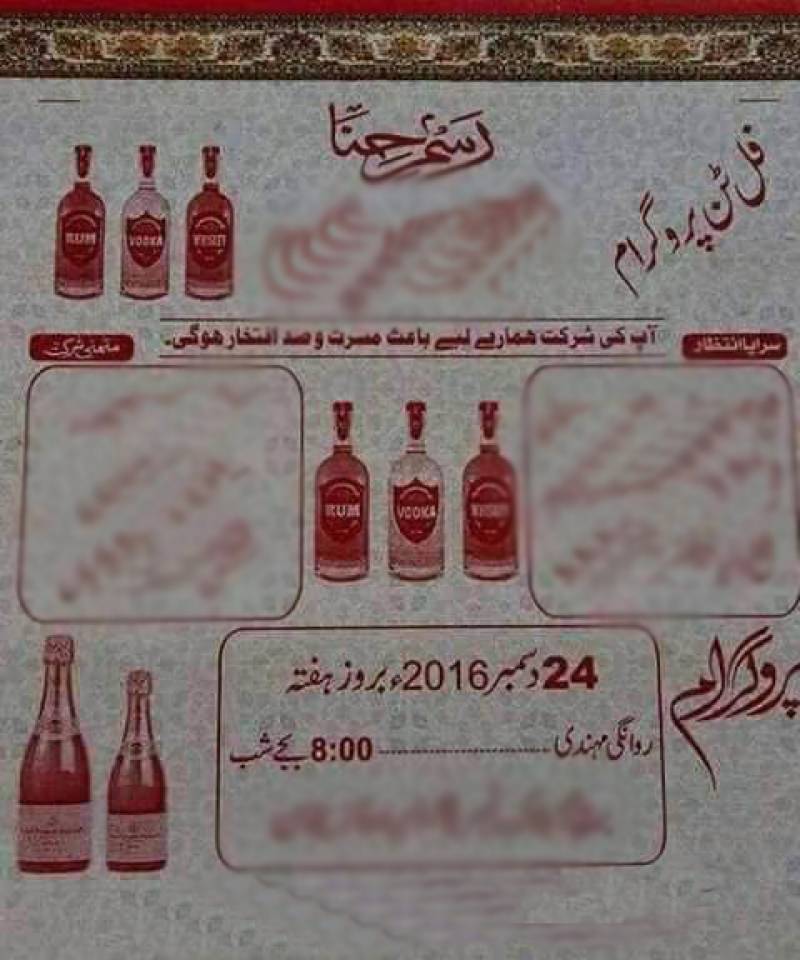 DERA GHAZI KHAN - Police have registered a First Information Report (FIR) after an invitation card of a cocktail party went viral on the Internet, foiling plans of organizers to enjoy the night.

According to reports, a picture of an invitation card stating that a “Full Tunn Program” is being arranged on December 24 in Dera Ghazi Khan city of Punjab was uploaded  on the Internet. Later, social media buffs made it viral stating that such a party was illegal due to the alleged consumption of liquor involved.

The 'Full Tunn' party was being arranged in connection with a certain Sheikh Burhan’s Mehndi ceremony but the plan was foiled after registration of an FIR at Shafiqabad police station.

In addition, police also raided the venue and recovered over 3 dozen bottles of liquor from the place although no formal arrests have been made as yet.

The invitation card categorically hinted at excessive use of liquor during the party and also printed pictures of bottles labelled 'Vodka', stirring a debate regarding the open consumption of alcohol.

It is relevant to mention that the Sindh High Court had earlier ordered immediate closure of liquor shops across the province after reports regarding the illegal license of shops erupted.