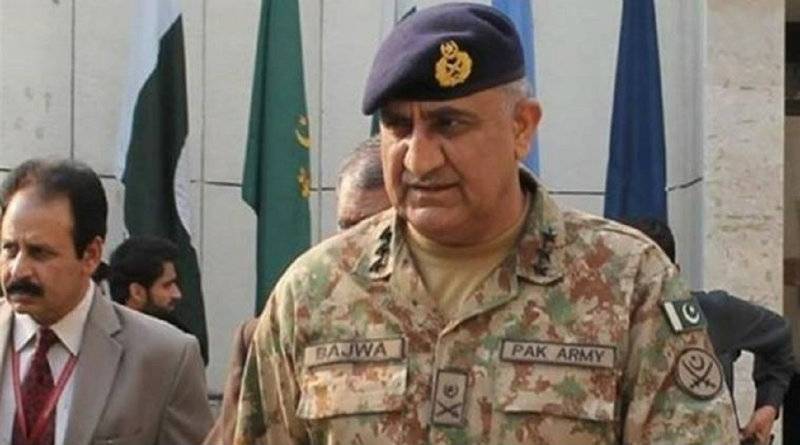 ISLAMABAD - Despite shooting down two aircraft of Indian Air Force on Wednesday, Pakistan is still expecting misadventure from its eastern neighbour amid hostility in the backdrop of continued violations along the Line of Control.

Chief of the Army Staff, General Qamar Javed Bajwa has told the political leaders that India can further escalate the tension by engaging in further acts of aggression.

Well-placed sources keeping an eye on the in-camera briefing given to the parliamentary leaders on Wednesday claimed that Pakistan's military chief has reassured that the armed forces remain steadfast to defend the country and have responded in a befitting manner earlier.

The military chief briefed the political leaders at the Parliament House in Islamabad and emphasized that Pakistan had not violated the Line of Control contrary to the reports in Indian media.

'International players have expressed concerns over the situation and are trying to de-escalate the tension,' the military chief told the political leaders.

The top commander highlighted that Prime Minister Imran Khan has once again extended the offer to initiate the dialogue hoping that India would take the offer in a positive manner.

The in-camera briefing was attended by leader of the Opposition in National Assembly Shehbaz Sharif, former president Asif Ali Zardari, former interior minister Ahsan Iqbal and other political leaders who expressed their resolve to defend the homeland while setting aside political differences.

After the briefing, Foreign Minister Shah Mehmood Qureshi expressed that he got in touch with Chinese foreign minister as well as Iran's counterpart over the situation.

Earlier in the day, Pakistan shot down two Indian Air Force aircraft after they violated the Pakistani airspace. One of the pilots was also arrested by Pakistan identified as Wing Commander Abhi Nandan.

In the wake of the rising tension, Prime Minister Imran Khan addressed the nation and once again invited India to initiate the dialogue instead of whipping up war hysteria.

“We know how the families of those killed in Pulwama affect must have felt. We have been the victims of war for decades. I have been to hospitals visiting survivors of bomb attacks, the ones who are left behind, who are maimed and left crippled. We know what war means,” Khan noted in his address.